Vendors who are Harness Breeders Victoria members featured prominently at the Nutrien Equine Standardbred yearling sale held this past weekend.

However the highest priced Vicbred pacing yearling bred by a HBV member at the Nutrien Equine Standardbred yearling sale was the Art Major–Arms Of An Angel colt bred and offered by Alabar Bloodstock. Purchased by Matt Craven, this stunning colt was knocked down for $110,000 after a spirited bidding duel.

Arms Of An Angel was herself an incredibly quick mare, who took a mark of 1:49.5 and this was her first colt. After the purchase Matt Craven spoke to Adam Hamilton and said of Arms Of An Angel and this colt, “Being able to buy out of mares like that with super speed and over Art Major, who has been one of our greatest stallions, he was a lovely correct colt with a great attitude.”

HBV members would recognise Arms Of An Angel as she was the dam of the pacing filly who formed part of the inaugural Follow A Foal campaign. 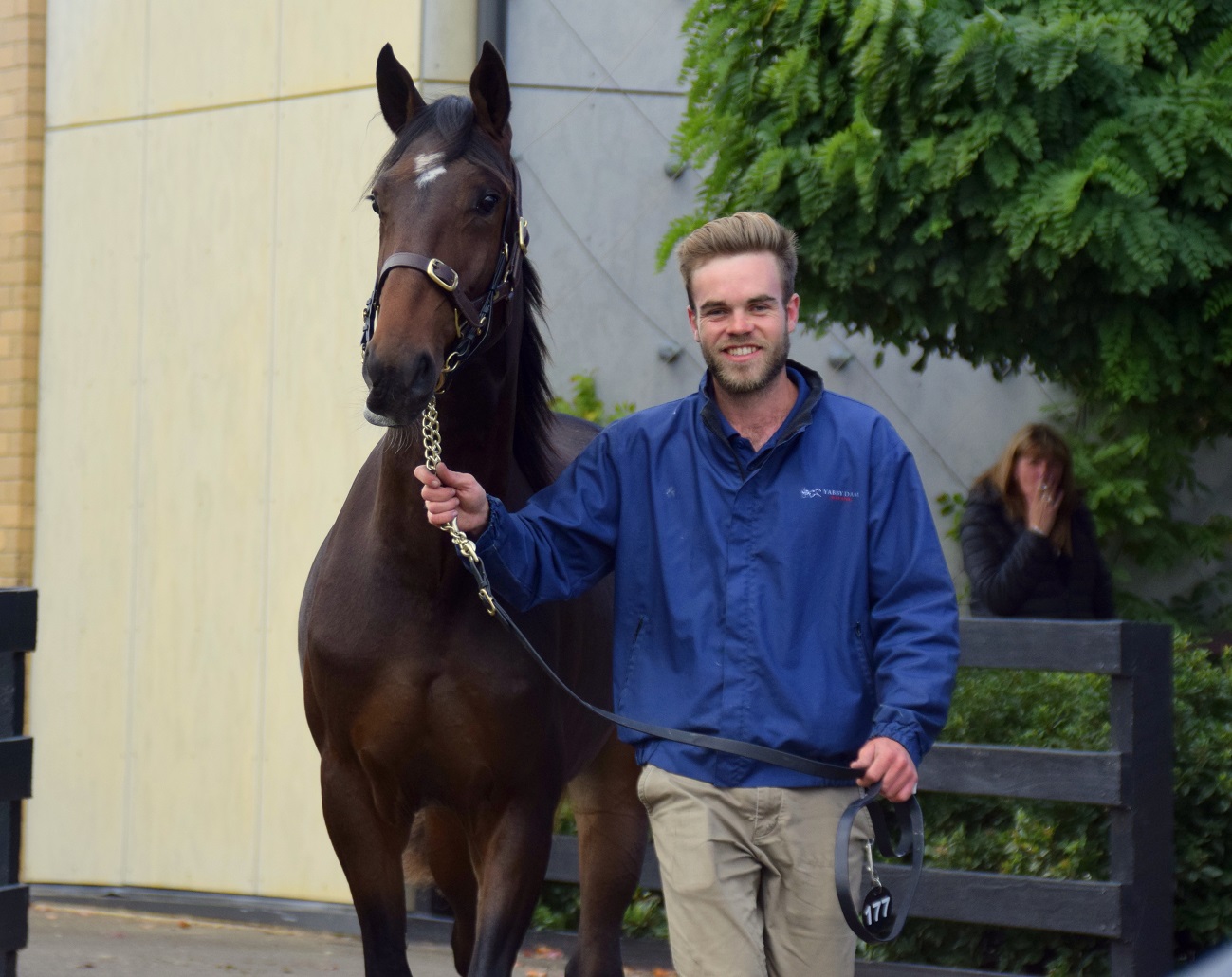 Lot 177 in the Nutrien Equine Sale was the sale-topping Vicbred trotter - this Une Belle Allure colt by Father Patrick was bred by Yabby Dam Farms (Pat Driscoll) and went for $170,000.

Bought by Alabar Farm, the magnificent youngster was bought for a dual purpose by Alan Galloway. Initially it is hoped that he will excel on the racetrack before his performance and pedigree will allow him to undertake a second career as a stallion at Alabar.

Une Belle Allure won both the Victoria Derby and Oaks on her way to being named the Australian Three Year Old Trotter of her year. Her record of TR1:56.9, 8 wins and $176,000 in prizemoney speaks to her quality as a racehorse. Lot 177 is her first foal. A product of Angus Hall and the French bred mare Glenferrie Unixa, she is a half sister to the well performed Beau Garcon.

Yabby Dam Farms have had significant success crossing the best of the United States blood over high quality families from France. This colt represents that approach with a truly international pedigree. Father Patrick needs no introduction and his performance as a sire sees him in the top echelon. His sons are likely to be sought after as future sires in years to come.

Alabar’s approach here to be buying at the yearling sales with an eye to a future stud career is unfamiliar in Australian harness racing circles, but is not in thoroughbred circles where many of the top colts go on to successful stud careers. The advent of the Vicbred Pure program, which provides added incentives for breeders to breed to Australasian bred stallions standing in Victoria, appears to have played a role in Alan Galloway’s decision making.