Ten Years of Humbletonian – Who Bred On?

The first of the 21st century Humbletonian race cards was held at Maryborough in 2011 and each year, toward the end of the season, a card of all-maiden races is programed – a last opportunity for some to grab age-related Vicbred First Win Bonuses.

Since 2017, the fields have been formed using a bottom-up ballot – the more starts a maiden has had without a win, the higher up the ballot they will be to gain a start. This has produced exciting racing and punting, and some amazing results across the board.

In 2020, the Humbletonian will be run for the first time in October, a reflection of the impacts covid-19 has had on our racing season and the Vicbred-packed December calendar.

Looking back at the last nine years of maiden-only Humbletonian programs, there are some fascinating statistics – like the average number of starts a Humbletonian winner has had upon their victory is eight. Six have been debutantes, including Art En Class Lombo (Modern Art x Isabella Lombo), who made the Humbo his first and only start and win. The horse to have the most starts preceding Humbletonian glory was Outpunch Enchanter (Earl x Sunbeam Song), also in 2011, who was having his 28th start – it might have been a slow beginning but he went on to win just short of $100,000 in his 232-start career. 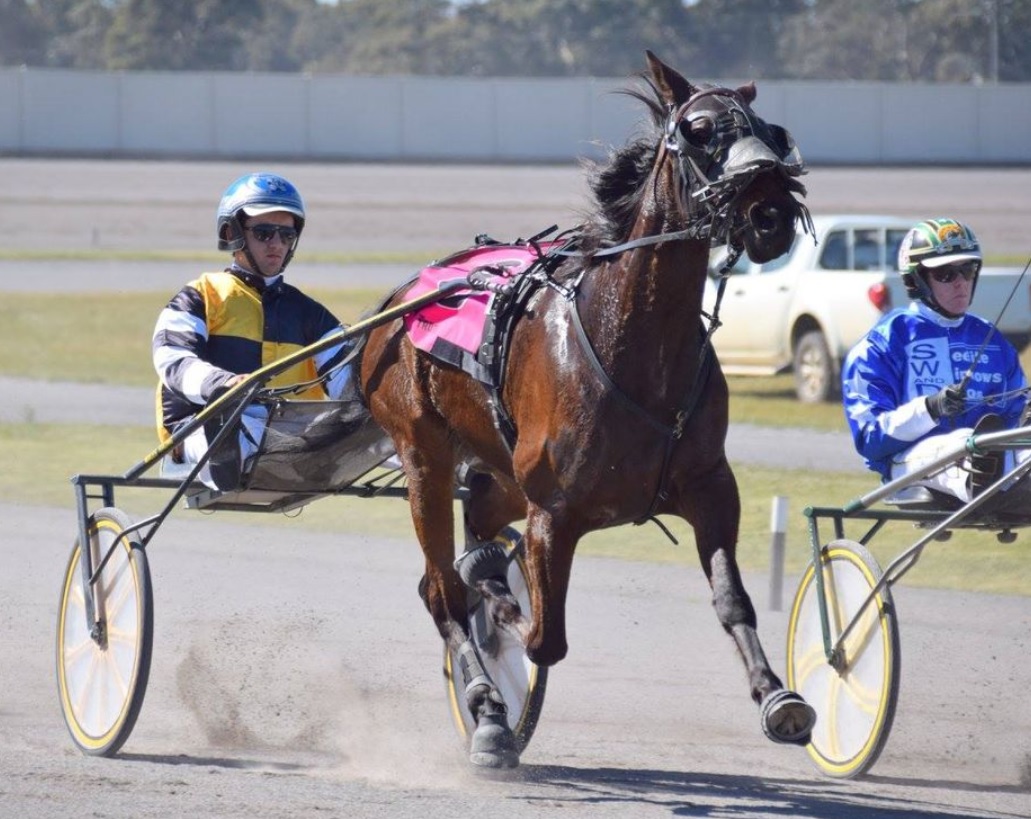 For the breeding enthusiast though, there are lots of interesting stories from Humbletonian. One of only two mares to have more than one progeny win a Humbletonian title is the Maori’s Idol mare, Kwik Kiss. Secret Kiss (Armbro Invasion) saluted in 2013, while in 2017, Crazy Ideas (pic) took home the chocolates – it remains the son of Crazed’s only win to date and he was her last foal. Others in the family have posted further success however, with Sun Samurai (Sundon, $74,000) and Majestic Moves (Majestic Son, $60,000; now with a 2018 filly by Village Mystic on the ground) prominent on the trotting circuit.

Secret Kiss, after 41 starts and $34,000 in stakes earnings, was sent to the breeding barn and now has a 2017 filly by Sam Bourbon and a 2018 filly by Creatine on the ground. Her mating with the US trotting stallion Creatine creates a 4x5 to Valley Victory, but strongly inbred to Speedy Crown, who appears in the third generation on the dam line but four occasions otherwise in both the sire and dam pedigrees. Sam Bourbon over Secret Kiss makes for an interesting pedigree, with a 4x3 to Speedy Crown, one on each the paternal and maternal lines, and also a 4x5 to Speedy Scot (both on Secret Kiss’ line as sire of Speedy Crown and Speed Supreme). The cross looks to be promising; of Sam Bourbon’s six winners (of 11 starters) in Australia to date, four of them are from Armbro Invasion mares, including Twice As Much, winner of the NSW Breeders Challenge 2YO Trotters Final (LC).

To date, 15 mares who have broken their maiden on the Humbletonian card have been sent to the breeding barn:

HBV members John & Christine Yeomans of Homestead Farm have several connections into the Humbletonian – they are one of only two breeding partnerships to have bred three Humbo winners, with all three coming from the outstanding Indigenous (Armbro Operative) family. While The Dreamtime (2011, Dream Away) and Native Charm (2014, Mach Three) both knocked off their maidens in the Humbletonian, so did a son of their half-sister, Group 1 Queen of the Pacific, Inthefastlane (Life Sign). Her Rocknroll Hanover gelding, Solid As A Rock, collected a Humbo win in 2016 – it was his ninth start without a victory but has made up for it since, earning over $105,000 in prizemoney and a further dozen wins.

The Dreamtime has bred five offspring, and was last served in January this year by American Ideal. Her first filly, by Bettor’s Delight, went through the AGP Sales in 2015, purchased by the Butterworths for $51,000 and has since raced as Indiana Dreaming, winning her first four starts and netting over $50,000 in earnings. Her next filly, by Somebeachsomewhere, brought $31,000 at APG and raced as Sheza Beach Dream, the ill-fated 4YO Vicbred Silver Mares (LC) winner, who earnt over $58,000 before her demise. Its Ebonynivory (American Ideal) has raced consistently since mid-2019 including a fourth in this year’s Victoria Oaks while 2017 Roll With Joe filly Story To Tell is unraced and her 2019 A Rocknroll Dance filly is yet to be named. What a lot of fillies! 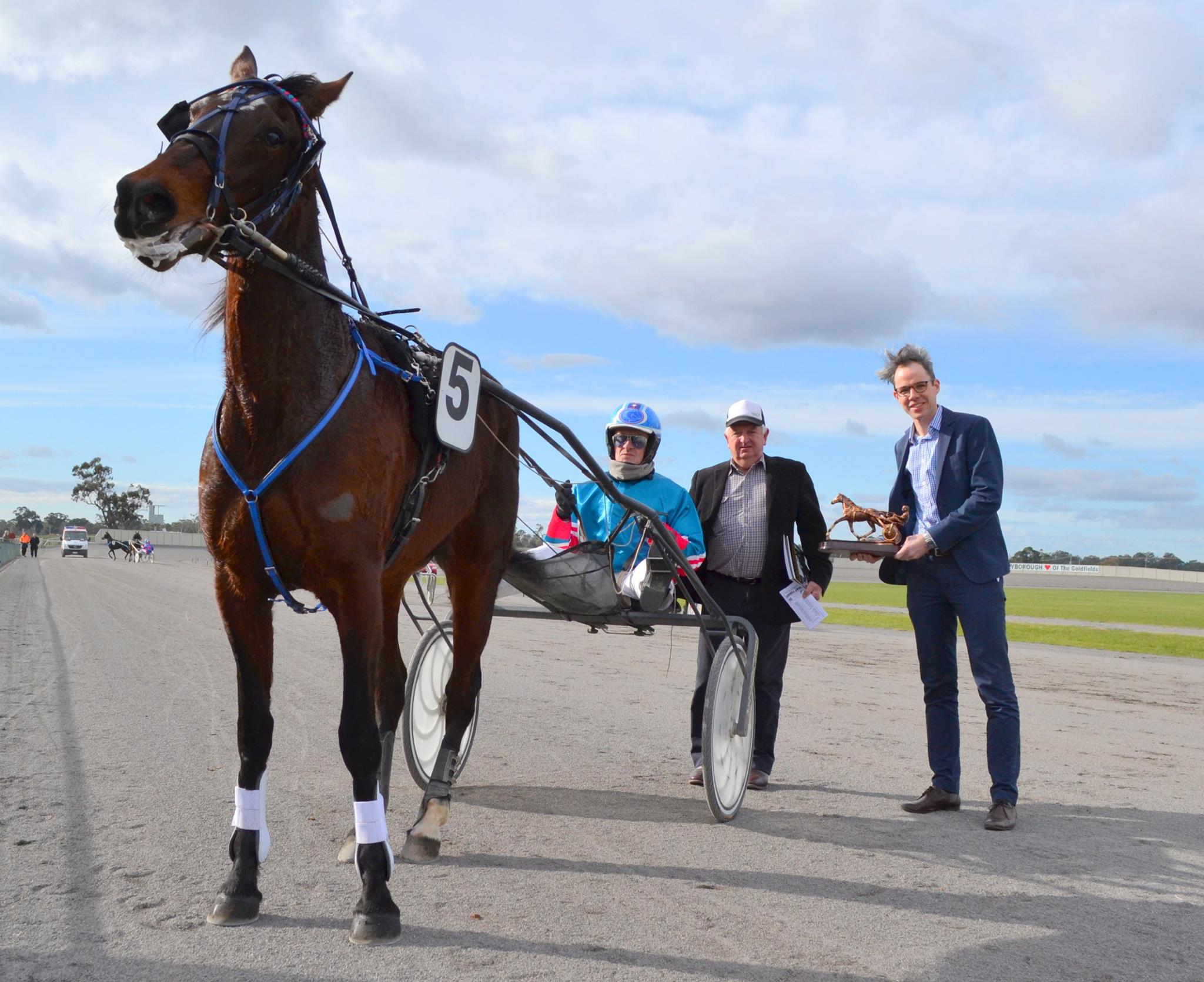 The second breeding partnership to breed three Humbo winners are also HBV members, Dennis & Brenda Bice of Yorkshire Park. The first in 2013 was son of Major In Art, Major Charge (from Whatsonyamind), as was their most recent, 2016 winner Artful Christian (from Fay Christian). Social Fireball (pic, right) victorious in 2016 in her fifth time facing the starter, is an interesting mix being as she is a trotter by Courage Under Fire, from Presidential Ball mare, Lombo Socialite, all of whom paced.

The most successful progeny of Lombo Socialite with over $63,000 in earnings, Social Fireball is now in the breeding barn, with a 2018 filly by Father Patrick and last served in 2019 by Majestic Son. The Father Patrick over Social Fireball pedigree is an interesting read with her pacing lines meaning limited inbreeding – only a 5x4 to Valley Victory (a dominant American trotting sire) occurs, purely on the paternal line. Incredibly strong sires appear through her maternal pedigree – the likes of Most Happy Fella, Albatross, Vance Hanover, Windshield Wiper, Tar Heel, Cam Fella and No Nukes. This filly was one of the higher-priced yearlings at the Australasian Premier Trotting Sale earlier this year, fetching $35,000 in the ring (pic, below). 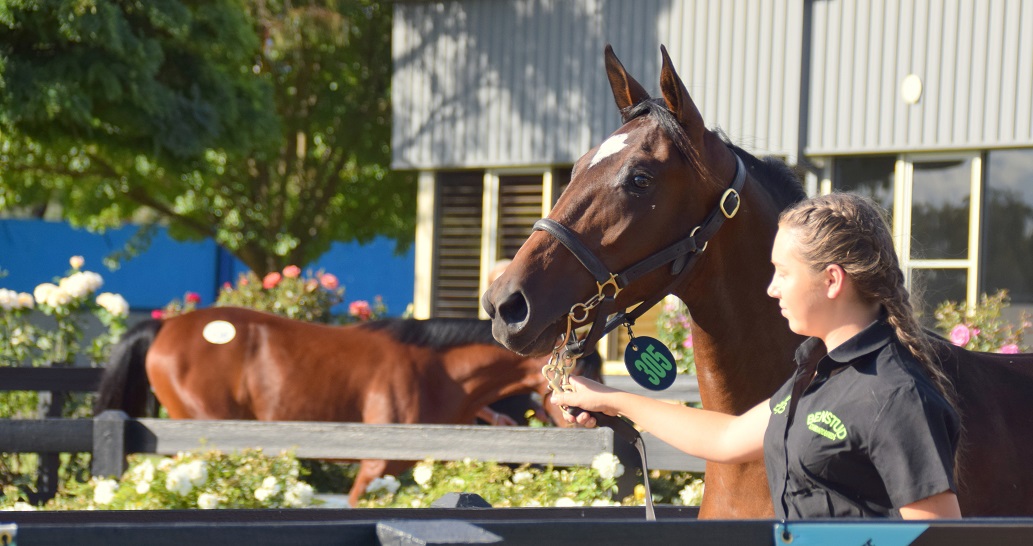 Will Social Fireball’s half-brother two-start maiden who last raced in July, Good Word That be lining up in the 2020 Humbletonian fields? Full fields for the all-maiden race card at Maryborough on Monday 12 October will be out at The Trots on Thursday 8 October and we’re sure there’ll be plenty of interest from breeders, punters and racing fans alike – tune in on TrotsVision for all the action, and keep an eye on The Barn and HBV’s Facebook page for stories and photo albums.