Earlier in the week, we looked at the families being created by Humbletonian winners from across the past decade, and the prominent broodmares who figured in the mix.

Two-year-old DRAGONTOWN (below) dropped jaws in 2017 when the Changeover gelding, bred by Ken & Di Trew, stopped the clock at a track-record breaking 1:54.2, making him the fastest of dam Goldtown Dancer’s nine progeny to race. In total the Troublemaker mare had a dozen foals, eleven to be named and of those who raced, registered five winners. The most successful earner of those was Modern Art filly All Eyes And Ears, bred by Garry & Melva Graham, who amassed over $49,000 in stakes.

Goldtown Dancer is also the grandam, through Island Fantasy daughter Golden Illusion, of 2013 Humbletonian winner, Kenandi Illusion. The Santana Blue Chip gelding was also bred by the Trews and went on to collect $64,000 from his 124 race starts. It was his seventh race start as a maiden – the same as another grandson of Goldtown Dancer, this time through daughter Apple Of My Eye (Village Jasper), Rule Of Thumb. The Modern Art gelding bred by the late Phillip Nott took just as long to chalk up a victory (at Terang) but went on to win over $100,000, his most recent win in April.

The most successful Humbletonian graduate to date is the Art Major gelding, PROFESSOR TOM (video, below), who scored victory in 2015 after five starts. Bred by Peter Rathjen, Professor Tom went on to earn over $193,000 from his 61 starts, 17 of which he won after his Humbletonian glory, including the Listed Classic Eastern Challenge in 2017. The horse’s success should be no surprise given he is from Group 1 winning Walton Hanover mare, Pete’s Dream. The Ladyship Mile champion had a slow start in the breeding barn, with several missed services but by 2007, had a filly foal on the ground, to be followed by six more that would be named. Professor Tom’s siblings have recorded moderate success, but none of his sisters have yet been bred.

Two Humbletonian victors have proven successful overseas, with CHILLED DESIRE (Real Desire) and Solid As A Rock (see part I) both racing in North America. Chilled Desire has clocked 1:53.3 and has amassed over $170,000 for her career, including eight wins in the US. Unsurprising to the pedigree scholar, the mare is from Group 1-winning Chill Factor mare, Chilled Sanction who was bred by Helen Head and banked almost $150,00. Of her three progeny to race, each recorded victory but none saw the heights reached by Chilled Desire. 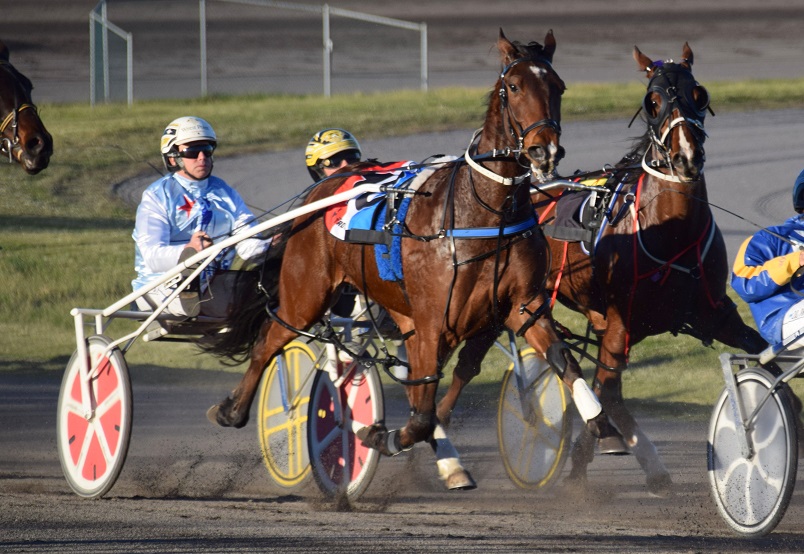 Art Major gelding LIVE ON BROADWAY (right) blazed onto the scene with his Humbletonian victory in 2017; the 3YO arrived on course having had one, unsuccessful start at Yarra Valley earlier in the year but stepped up to win from the awkward barrier 10. Following that victory, a case of ringbone saw him sidelined for almost two years before returning to the track and making his next nine racetrack appearances winning ones.

Bred by Christian McLean, Live On Broadway continues to chase down his dam Broadway Play’s (Safely Kept) $173,000 record, but at $55,000, is closer to his granddam, Broadway Gal. That Muckalee Strike mare has proven her worth in the barn, with Broadways Best (Village Jasper, $643,000), Broadway Playboy (Jeremes Jet, $215,000) and Another Broadway (Shadow Play, $106,000) franking her record of producing winners, and Fifth And Broadway (dam of Governor Jujon, $301,000) joining Broadway Play as her successful broodmares.

To date, six horses have made the Humbletonian their one and only victory.

ART EN CLASS LOMBO (Modern Art) won on debut in 2011 but had no further race starts; he was from $59,000 winning Million To One mare Isabella Lombo, bred by Lombo Standardbreds and a half-brother to Lucky Lombo (Major In Art, $177,000). In 2019, Bacardi Lindy mare DANCES collected a win and did not have another start, but was on her 15th attempt on Humbletonian day. Her NZ-bred dam, Im Tina Turner (Chiola Cola) has been unlucky in the breeding barn, with only one other live progeny, an unnamed full brother to Dances and otherwise recording negative returns, and in 2019 the foal died. She was last served in 2019 by Centurion ATM.

Another graduate of Humbletonian in 2019 was SPEED DATING, an All Speed Hanover mare who’s Maryborough win remains her only from 23 starts, though she has recorded some handy placings, including a second at the recent Maryborough meeting! A future career as a broodmare looks not out of the question, the mare being a half-sister to Pick Up Line (Four Starzzz Shark, $127,000). Both were bred by Patrick Franklin, who most recently sent their Chill Factor dam Chick At The Bar to A Rocknroll Dance in 2019.

NONE THE WISER was on her twelfth start in 2012 when she took a Humbletonian win, and it remained her sole victory in 26 lifetime starts. The Elsu mare was from What’s Next broodmare, Salisbury Downs making her a half-sister to handy performers, Sarum Prince (Holmes Hanover, $92,000) and Powerful Princess (Albert Albert, $95,000).

It was in start number 23 that Julius Caesar gelding, TOBI JOHN, finally tasted victory, but was retired after just two more runs in NSW. He was one of five progeny from Golden Greek mare, Dantoinette, and with $7,700 in earnings, was her most successful of the four to race. Also, to record a win at the 2017 edition was CRAZY IDEAS (Crazed), on his sixth outing on only to have a further three starts following his Humbletonian victory. 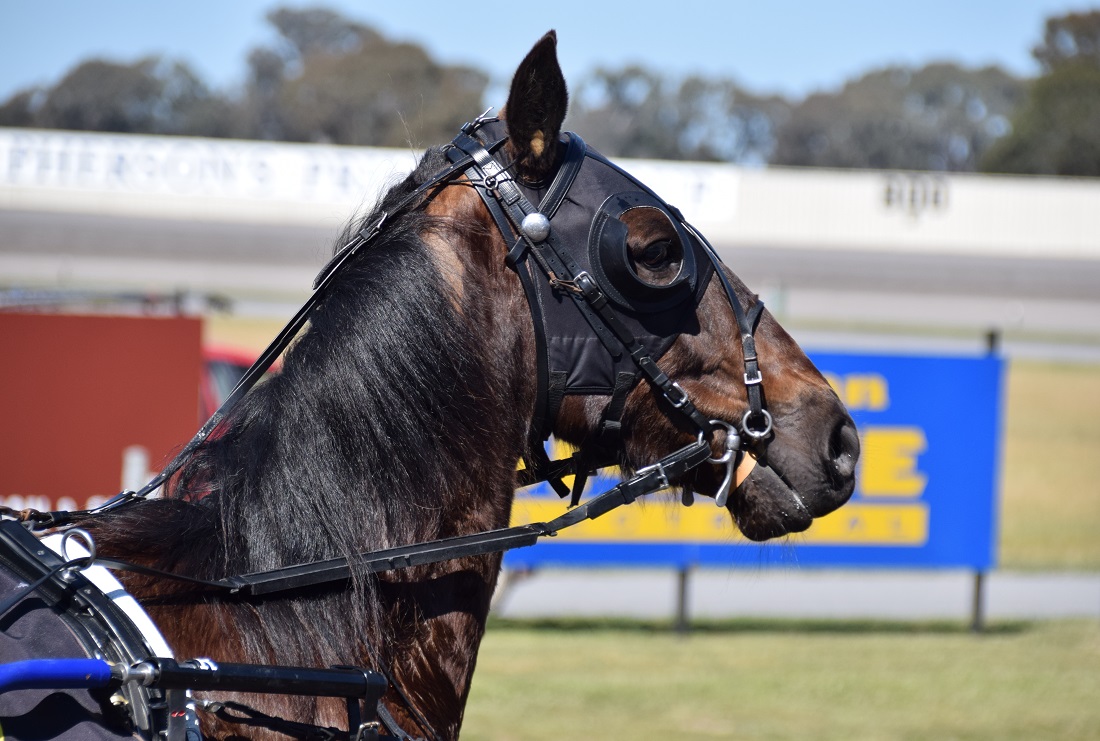 Not securing a victory on Humbletonian Day is not a reason to despair – the Group 3 Lightning Sprint winning son of Rock N Roll Heaven, RACKEMUP TIGERPIE (right, from Albert Albert mare, Victoria Street) lined up in 2017 to no avail, taking only third place in that, his seventh start. He took another six goes to break his maiden, but has since has gone on to amass over $171,000 in earnings. In the same year, COCOSFELLA (Artistic Fella x Coco Cullen) was unplaced but now has $122,000 in the bank and has been cleared to the USA.

In 2013, Bacardi Lindy mare, GIRLS GO FIRST finished dead last in her Humbo field but the daughter of Speed Supreme mare Lucy Lastic went on to become her dam’s best performer, racking up $93,000 across her career which continued through to April this year. Other trotters to take a little more time after their Humbletonian defeats include Group 1 winner SUPER ZECK (Modern Art x Me Dolli Kit) – the gelding finished 7th in his 11th outing but has since recorded a TR1:56.9 personal best and over $188,000 in earnings – and Group 1 SA Derby winner, GLENFERRIE DREAMER (Dream Vacation x Adella’s Dash), now in the US and with $329,000 in the bank.

Some well-known names have used Humbletonian victory to kick off a stunning career. In 2016 a 3YO Lawman trotter won on debut, followed by a further three wins before a fourth in the GROUP 1 Breeders Crown 3YO C&G Trotters Final; of course, that was MAORI LAW, bred by Fred Crews and from dual Victorian Trotting Broodmare of the Year, Sundonna (Sundon). He has gone on to secure the Group 2 Winter Trotters Cup and this year’s Wangaratta Trotters Cup. Maori Law is a half-sibling to multiple Group 1 Maori Time ($421,000, Pegasus Spur).

Another trotter who has gone on to success is Aldebaran Lodge-bred mare, KYVALLEY KYRIE, who knocked over her maiden at Maryborough in 2016 after seven unsuccessful starts. The Angus Hall mare wasted no time after that, recording a 2nd and a 4th before winning the Group 1 Breeders Crown 2YO Trotting Fillies final at Melton barely six weeks later. She added a further six wins to her tally and retired to the breeding barn with over $100,000 in stakes. She now has a 2018 colt by Muscle Hill and looks to emulate her dam, Aldebaran Maori (Dream Vacation), in the broodmare stakes; Kyvalley Kyrie is a half-sister to brilliant mare Fear Not (Skyvalley, $165,000) and of course our Follow A Foal star, Aldebaran Demi.