Naked Ambition, bred by Gerard Moloney, is one of the ten progeny from Starcus (SJ’s Photo), seven of which have raced for six winners. 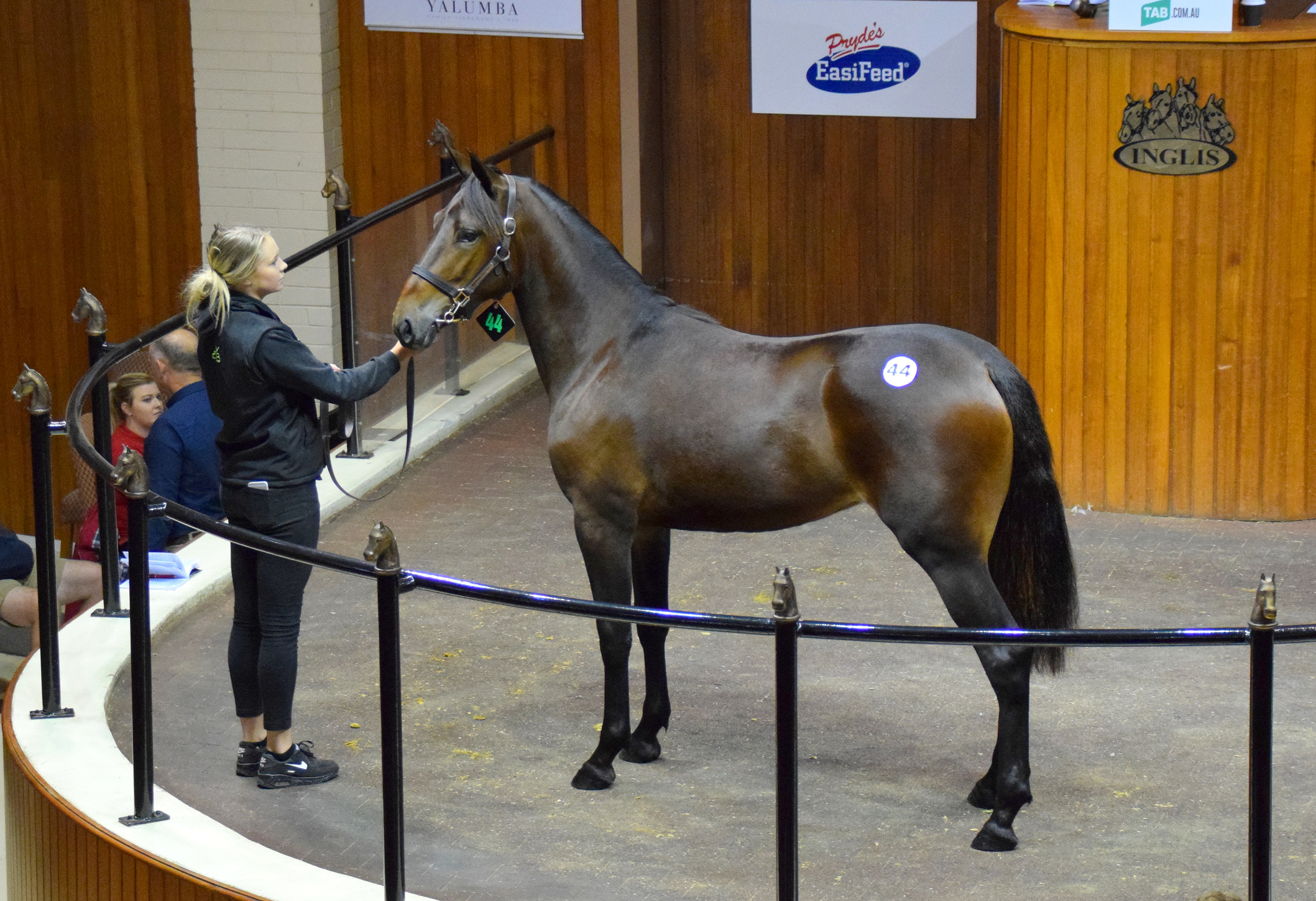 Brought to Victoria in 2011, she was next bred by HBV member Gerard Moloney, twice initially to Majestic Son. Both resulting foals were put through the Australasian Premier Trotting Sales – the first, a filly in 2012, who brought $14,000 but went on to win over $56,000 as Naked Majesty (right), and the second a colt, knocked down for $22,000. Once named, War Dan Destroyer commenced an impressive career that continued up until late 2019 when he was sent to America – amassing $174,000 and recording a best mile rate of 1:53.8. His wins include the Group 2 Keystone Del Trotters Cup at Tabcorp Park Menangle in 1:58.8, and placings in the Group 1 Trotters Mile at Menangle in 1:54.7, Group 1 Trotters Mile in 1:51.5 and the Group 2 Breeders Crown 4YO E&G Trotters Final.

After missing a year in 2013, the next foal from Starcus was a Muscle Hill colt, also sold through the yearling sales and named – in a burgeoning theme – Birthday Suit, who collected over $18,000 in earnings, and earlier this month returned from a spell to a handing placing at Ballarat. The proceeding foal was a filly by Angus Hall - Aldebaran Star, now owned by member Ebony Slater, who has been sent for her maiden season to Goodtime Lodge’s Cardigan Boko, creating a rather interesting pedigree with a five-time 5 generational cross to Speedy Crown (three on the paternal line and two on the maternal), as well as 4x5 to Speedy Somolii and 5x4 to Super Bowl, both on the paternal pedigree.

Naked Ambition was the final foal bred from Starcus by Moloney, who with her recent win has now recorded over $23,000in prizemoney – we look with interest to the performance (and naming) of her three youngest and as-yet unnamed siblings, all bred in partnership by member, Craig Nott - a now 2YO colt by Trixton, a yearling colt by Love You, and back to a proven cross with a new filly in 2019 by Majestic Son.

Success on the racetrack looks to be a precursor to success in the breeding barn, with three daughters of Starcus also now at stud. Zhenya (Muscle Mass) and Naked Majesty (Majestic Son), both now in the ownership of Aldebaran Lodge, have each had one foal – both by Aldebaran Eagle, an interesting 5x5x5 cross to Speedy Crown, 4x3 to SJ’s Photo and 4x5 to Valley Victory. Zhenya was last served by Father Patrick (introducing a new 4x4 to Pine Chip, and a 5x4x4x5 to Valley Victory) and Naked Majestic by Southwind Frank, making a 5x5x5 cross to Speedy Crown only. 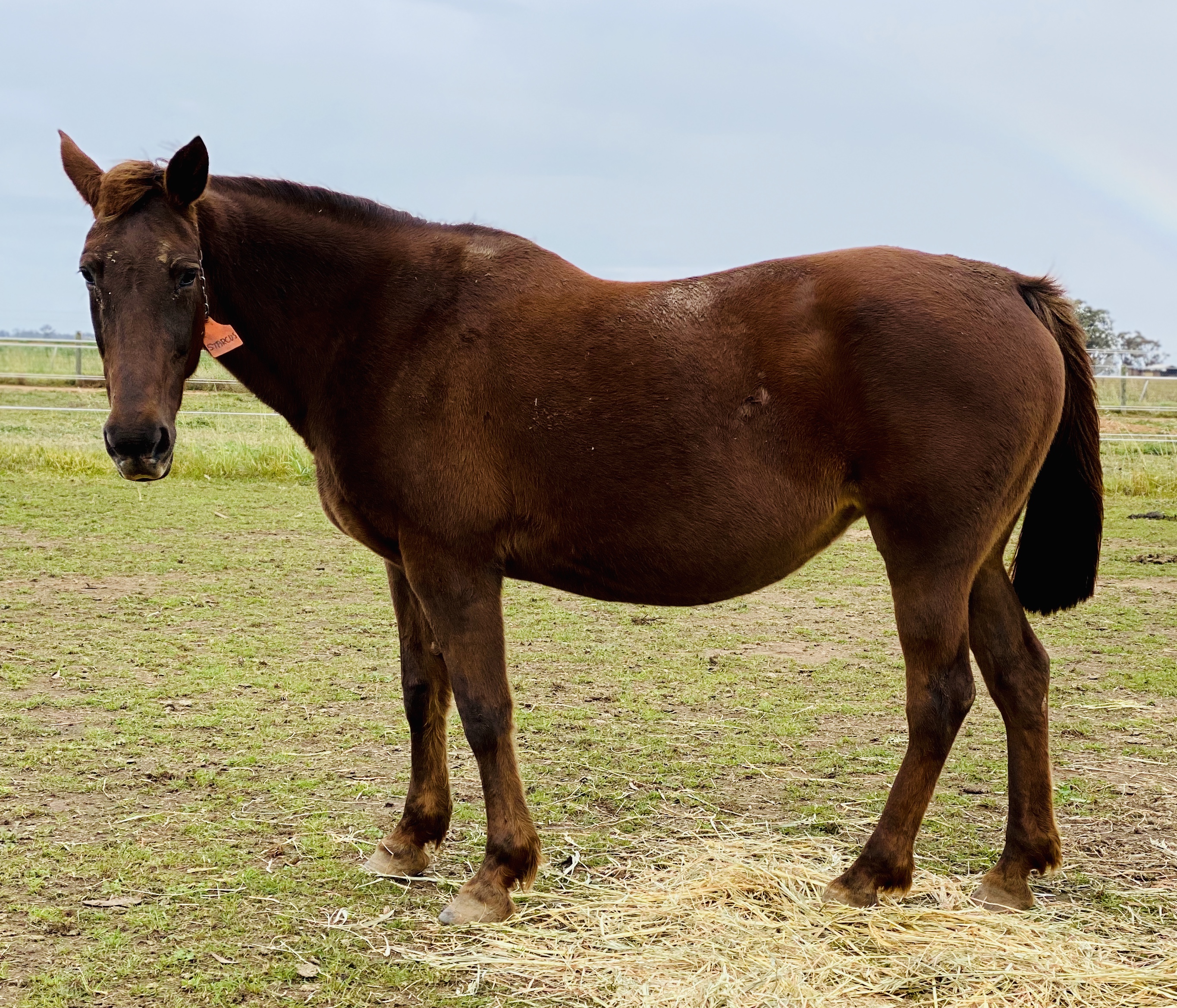 Starcus herself (right, at Benstud) was last served in 2019 by Aldebaran Park’s established trotting sire, Skyvalley, this cross adds a 4x4 to Game Pride to the 4x4 to Speedy Crown that can be seen in other previous matches like Muscle Hill and Andover Hall (who both also had respective, secondary 4x5 and 5x5 crosses to Super Bowl). The match to Trixton in 2017 created a further unique 5x5x4 cross to Speedy Crown and a 5x5 to Hickory’s Pride.

Interested in the various patters for selecting breeding matches? HBV committee member and Alabar General Manager, Brett Coffey discusses all the ins and outs with Paul Campbell in Episode seven of our Breed To Succeed series: