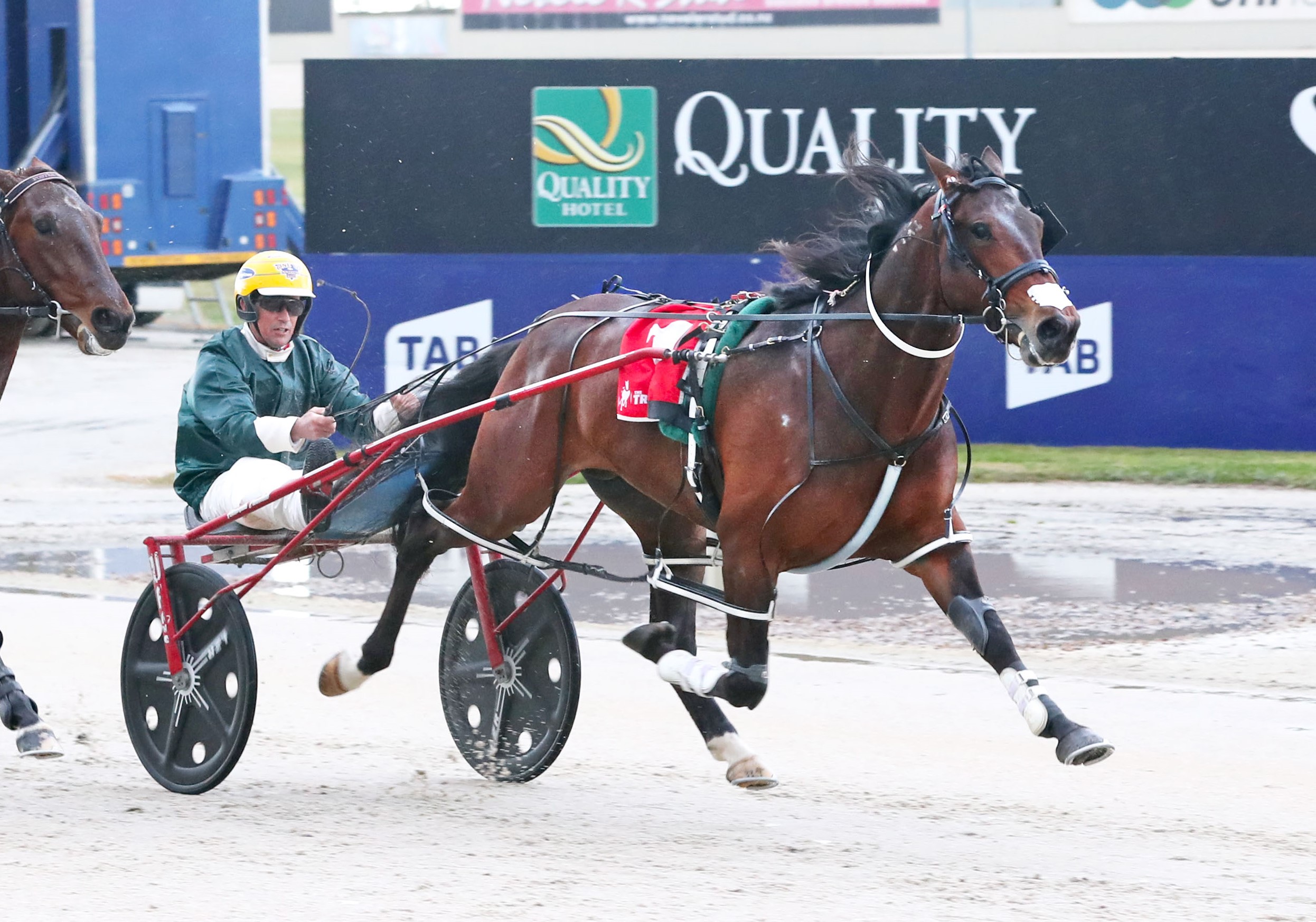 In 2020, King Of Swing took out the $500,000 AG Hunter Cup at Melton, while Mach Dan captured the South Australian Derby at Globe Derby Park.

Each belongs to the family founded by the American-bred mare Jessie Pepper (by Mambrino Chief) - a blind mare foaled in 1861 and whose descendants include pacers and trotters the calibre of Tar Heel, No Nukes, Greyhound, Scotland and more recently Rock N Roll Heaven, Father Patrick, Silk Stockings and Falcon Seelster.

King Of Swing, the winner of $793,196 in stakes, has been a top performer in each of his four racing seasons. He won the Breeders Crown at two, the Western Australian Derby at three, seven races as a four-year-old and the Hunter Cup and Perc Hall Free-for-all at five. His sire is the Western Ideal entire, Rocknroll Hanover, a champion racehorse and a 1:50 sire in America and whose stock have now come into their own in Australia and NZ.

King Of Swing was out of a classic winner in Twist And Twirl (1:56), which won seven races for $283,258, including the NZ Sires Stakes 3YO Championship and Great Northern Oaks. Twist And Twirl was by Artsplace from Giveitawhirlgirl, by Jenna’s Beach Boy from Impish, by Falcon Seelster from Smarty Pants, a prolific producer by El Patron from Smart Doll.Besides King Of Swing, Twist And Twirl is also the dam of Extreme Stride (1:56.7), an Addington winner at two, the three-year-old Ballroom Beauty and the two-year-old Bettor Twist, both of whom have qualified. Giveitawhirlgirl, the granddam of King Of Swing, was only lightly raced but she left six winners. They included Feels Like Magic 1:51 ($261,728), a winner in NZ, NSW and America, Spandau Ballet (1:58.9), Flying Loose (1:59.5) and Bettor Give It 1:57.4 ($138,061), whose 15 successes included the Blossom Lady and Jane Ellen at Melton.

At the stud Bettor Give It, one of the best daughters of a champion sire and broodmare sire in Bettor’s Delight, left the SA Derby winner Mach Dan (by Mach Three) as her second issue. Bought for $100,000 at the APG Melbourne sale in 2018, Mach Dan has earned $80,492 from five wins in eight starts. Among his successes have been the Group 2 NSW Sapling Stakes (in 1:52.9), heats of the Australian Pacing Gold and Bathurst Gold Crown and now the $30,000 SA Derby. The gelding was bred by Shannon Nixon, a former president of Harness Breeders Victoria, and his wife Meaghan, who raced Bettor Give It during her Australian career.