A tall, powerful stallion with extraordinary conformation, named after a Presbyterian Minister, is about to make an impact on the harness racing breeding Industry throughout North America and the Southern Hemisphere.

Pastor Stephen, the 2010 Dan Patch Two-Year-Old Trotting Colt of the Year in North America, has been purchased from Europe for an undisclosed price by Taylor Made Stallions and will be standing in Indiana for the upcoming 2021 breeding season, with Northern Rivers Equine to distribute his frozen semen in Australia.

His race record of 1.52.4 and $1,058,188 in earnings, together with his pedigree, makes him one of the most impressive prospects available to breeders in recent years.

The fact that he is a full brother to the $2.6m winner Father Patrick is even more appealing. Now standing at US$30,000 Father Patrick has been an instant hit at Stud in North America with the sensational trotter Greenshoe t3;1.49.4 emerging from his first crop.

Pastor Stephen’s pedigree is loaded up with two-year-old speed, aside from his own record;

Pastor Stephen, the Dan Patch two-year-old Trotting Colt of the Year and a winner of more than $1m as a two and three-year-old was exported to Europe after his brilliant race career ended in his three-year-old season upon suffering a broken coffin bone. 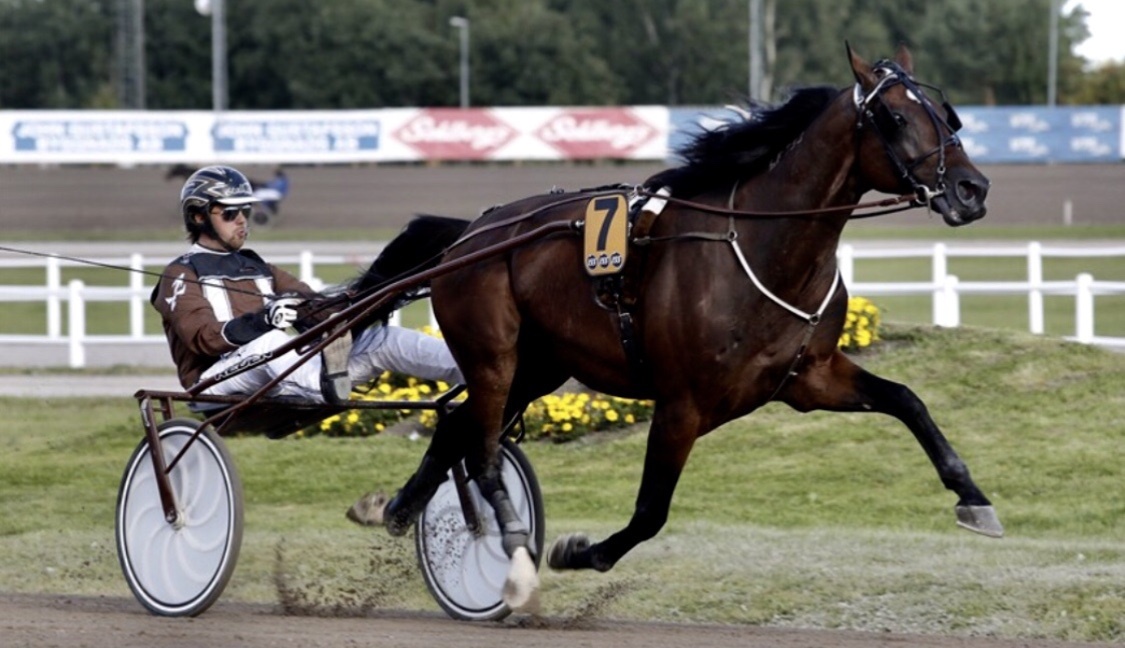 Pastor Stephen has been very successful in the breeding shed all across Europe with a more than 70 per cent rate of his foals making it to the races, all despite the fact that he was held up in a court case and losing two full breeding seasons.

With his progeny making a good impact early on the European breeding scene American interests had fixed their eyes on the grand circuit super star Pastor Stephen. They entered into an agreement early 2018 to purchase the “Dan Patch two year old of the Year” and bring him back to North America. However, there were disagreements in connection with the purchase contract, and after almost two years of legal fighting, the case was finally heard in the Uppsala District Court, Sweden. The case has now been resolved with the American interests winning the case.

Pastor Stephen has now arrived back in the USA!

“He was a really good gaited colt, easy horse to be around and to race. He was top three of his class as a three-year-old. Unfortunately he got injured in a transport incident before the Hambletonian where he finished third in his elimination and fifth in the final from post 10. After that a coffin bone injury put an end to his career in the USA and was sold to Europe. I am glad he is back in the USA. He will be a big asset to the Indiana Breeding Industry as he is the full-brother to Father Patrick, as a matter of fact I reserved two breeding rights to Pastor Stephen myself.” Jimmy Takter on Pastor Stephen

Pastor Stephen is now in Lexington, Kentucky with semen being frozen for distribution to Australia, New Zealand and Europe in 2021.

His Service Fee in Australia will be $5,500 including GST - Pay on live foal.