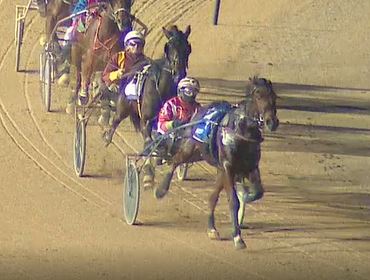 The ill-fated Aldebaran Eagle (Tr 3 – 1.52.2), a Group 1 Stakes-winning son of Muscle Hill, was credited with his first feature race winner from his first crop when the two-year-old  Aldebaran Dexta (from Aldebaran Deegan) trounced his rivals in the time-honored Parker Classic at Globe Derby in South Australia.

The gelding, who was bred and is part-owned by Aldebaran Park, has won two of his three starts to date.

Aldebaran Eagle's frozen semen will be available this season only (due to the HRA rule changes) for the reduced fee of $2000 less multiple mare discounts.

Skyvalley, Aldebaran Park’s flagship stallion, enjoyed a great month with eight individual trotting winners of 10 races. He is now in second position on this year’s all aged list with 25 winners and $569,432 progeny earnings.

The American import Aldebaran Revani (Donato Hanover–Coffeecake Hanover, 1:54.4), who is owned by Aldebaran Park, finished runner-up at her Australian debut at Menangle, rating a tick over two minutes for 2300 metres.

God of Thunder, a six-year-old gelding by our stallion Yield Boko, and one of his first crop, downed a strong field in the Redcliffe Trotters Cup, his ninth lifetime success. Yield Boko's frozen semen will again be available in the upcoming breeding season.