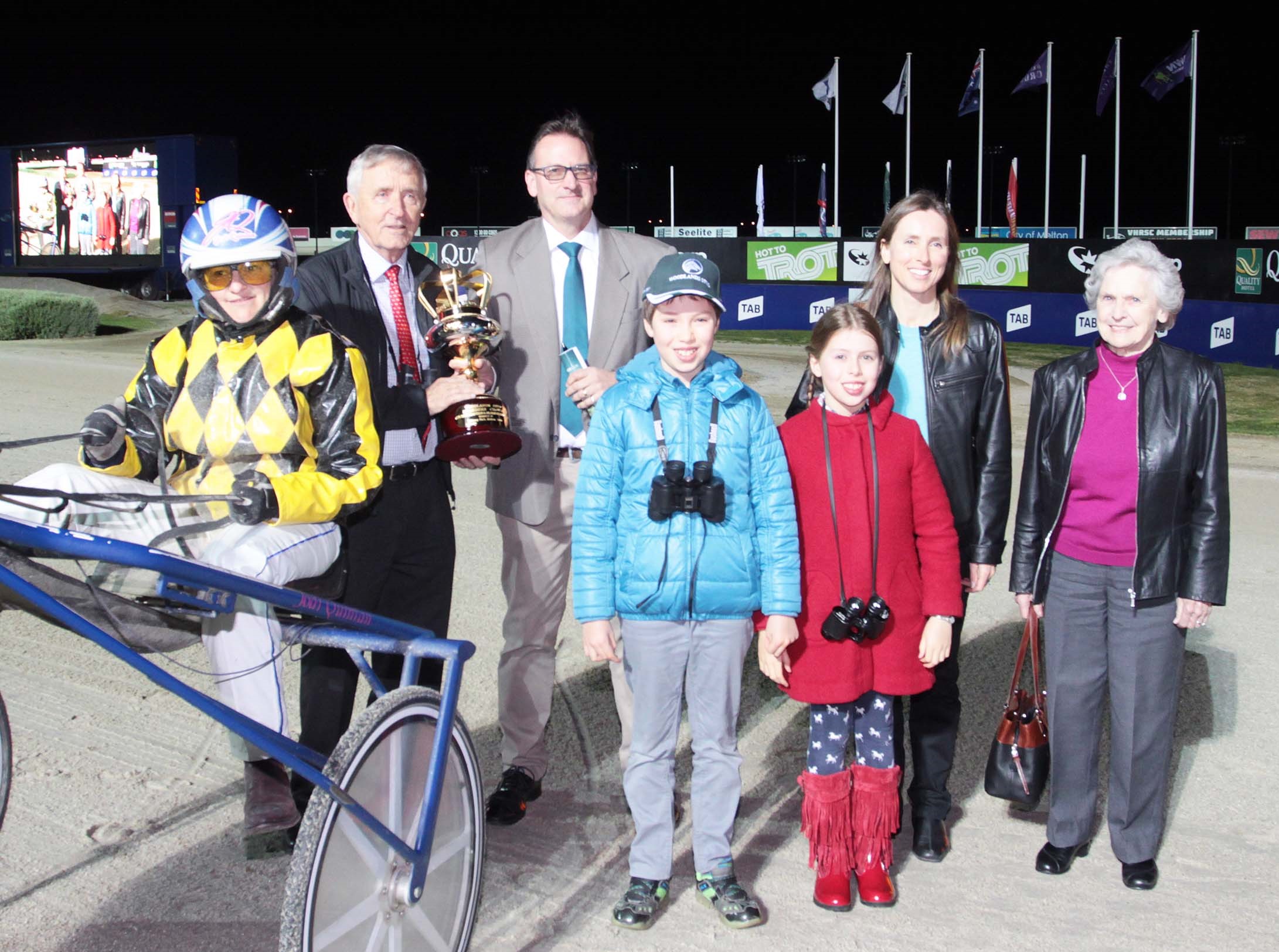 The passionate harness racing devotee was a quiet achiever, but with his wife Kaye became a powerhouse of the sport over four decades, breeding and racing dozens of pacers and trotters, many bearing the Hartnett “Illawong” moniker.

Recognised for his services to the Victorian breeding industry with the Ian Daff Memorial Award in 2016, Dr Hartnett’s friendly smile and prolific stories were well-known in an industry that universally regarded him as sincere, loyal, and “a thorough gentleman”.

Dr Hartnett had a love for horses over many years, and longtime trainer-driver Tony Peacock said in the early days he and Martin were often keen spectators at country rodeo events.

“He absolutely loved it. I had a mate in Gary McPhee who was able to organize front row seats for us at the rodeos,” Peacock said.

“So Martin would bring Kaye along and we’d be sitting right next to the release chute.  We had great times,” he said.

The love of horses and his friendship with Peacock inevitably led the Hartnetts to harness racing ownership from the 1970s.

“Martin raced a horse called El Trafford who become the fastest three-year-old filly in Australasia at the time,” Peacock said.

“His passion just grew from there—I really couldn’t say how many he went on and bred over the years, but it would be a phenomenal number.

“Kaye was always by his side at the trots, and they just enjoyed watching their horses compete. Martin had a dry sense of humor and never had a bad word about anyone.”

Peacock said Dr Hartnett was a devoted and respected medico who practiced at Nurmurkah for many years and moved to the Melbourne suburb of Noble Park about 30 years ago.

“He’s been a great friend.  He actually delivered my daughter Crystal, and a couple of years ago after I broke my back (in a training accident), Martin was the first person I remember being at my bedside to visit,” Peacock said.

Former champion SA horseman Ross Sugars said the Hartnetts were an integral part of the success his family enjoyed after moving to Victoria.

“Life wasn’t easy for our first four years. I was a friend of John Coffey who was at Alabar and Martin was a longtime client at the stud. John directed Martin to us,” Sugars said.

“That was the beginning of our association in about 2009 and I trained a horse for him called Al Martina. Although I think it only won two races, that was our lucky break. When we transferred from Hopetoun Park to Larajay Farms at Myrniong, where we are now, Martin followed the team,” he said. 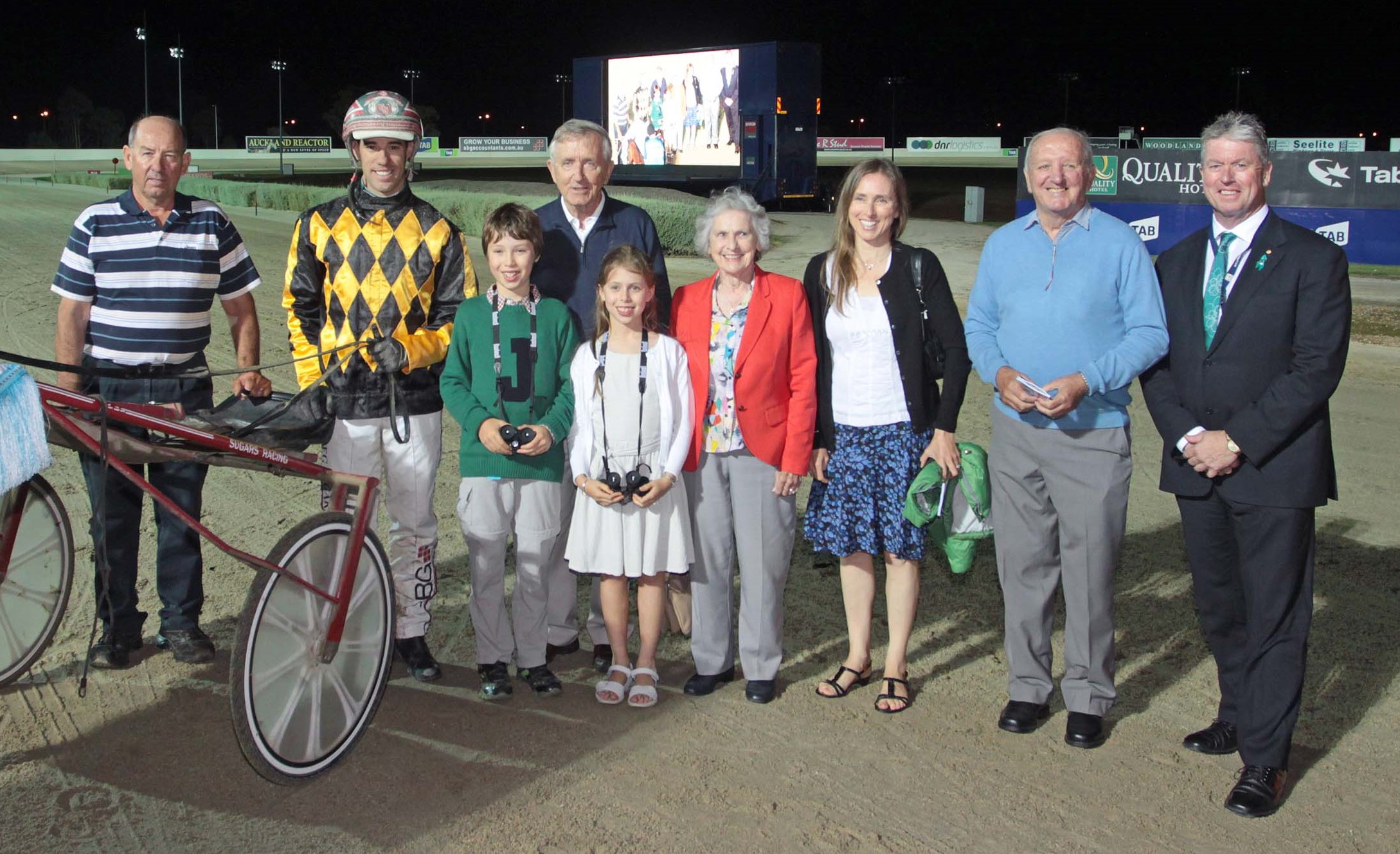 The daughter of Majestic Son took out the 2014 Trotters Derby G1, the Vicbred Platinum Final and Breed for Speed, both G2s, and the $20,000 Kilmore Trotters Cup G3.

Sugars’ son Greg and wife Jess Tubbs have continued the association with Martin and Kaye, training “Illawong” horses with success.

“We are just about to trial a nice 2yo, which perhaps now is aptly named – he’s called Illawong Finale,” Jess said.

“We call him ‘Hartie’ at home, after Martin, and he does seem like a bright prospect,” she said.

In a tribute, Greg’s sister Kylie described Dr Hartnett as a “wonderful friend”.

“When I was diagnosed with cancer last year, he was the person I turned to for advice. His wonderful bedside manner immediately put me at ease,” she said.

“I’ll never forget his words: Well that’s an annoying bump in the road isn’t it? Which is what you wanted to hear, and I knew I’d be okay. In the same week he received his own cancer diagnosis. But that didn’t stop him from checking up on me and making sure I was okay.”

Highly respected trainer-driver Jodi Quinlan says she has many special memories since getting a horse from the Hartnetts over 16 years ago.

“I got Illawong Nugget and we won five races with 11 placings,” Quinlan said.

“Our association continued on from there and I really think the turning point came for Martin when he bought the mare Lunar Landing.” 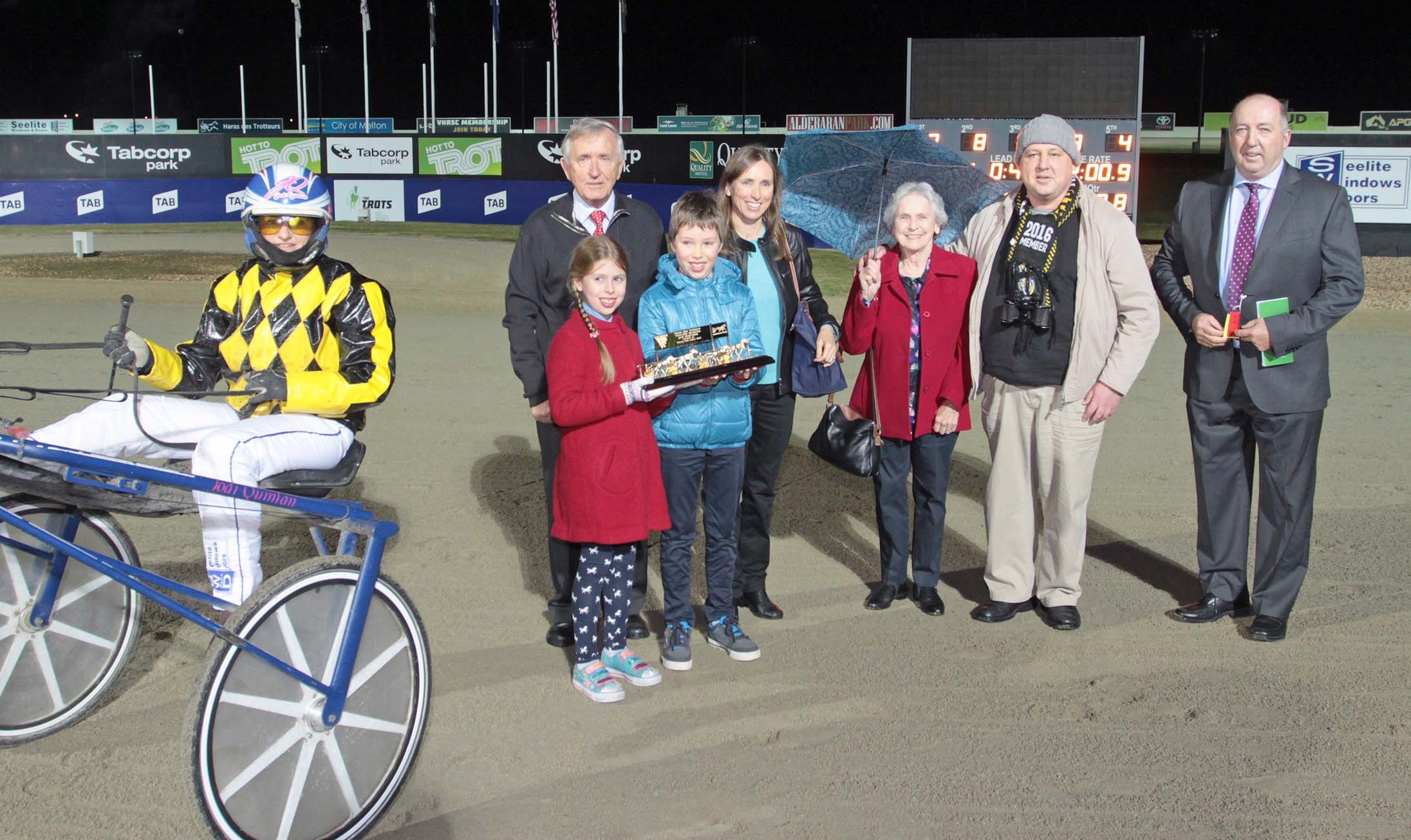 “Armstrong was probably the apple of Martin’s eye. He’s won $230K and he’s out of retirement and back in work—which was Martin’s idea. Stardust was a favorite and is going to go places,” Quinlan said.

“Illawong Byron (16 wins) also gave us all some huge thrills.  He won the G1 Redwood Classic and Melton Tatlow G2.

“Martin was a loyal and staunch supporter and I’m going to miss him terribly.”

Martin Hartnett is survived by his loving wife Kaye, his three children and an extended family.