The Barn: Aldebaran Park 2YO fillies on top 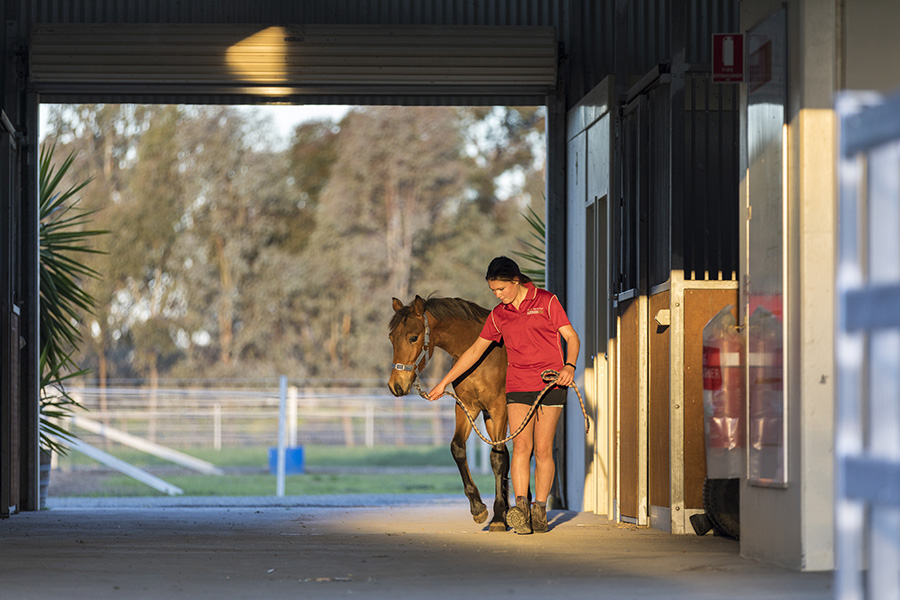 The Aldebaran Park bred and raised Aldebaran Ursula and Aldebaran Selena are the two richest, fastest and winningest two-year-old trotting fillies for the 2019/20 season to date.

Aldebaran Ursula (by YIELD BOKO Se) has won three of her five starts including three heats of the NSW Foundation Series, earned $16,220 and established a new Australian mile record for one her age, gait and sex of 1:59.1 at Menangle.

Meanwhile, Aldebaran Selena has won three races including a heat and the Final of the inaugural Queensland Springboard Series (Listed) at Albion Park and $15,187.

Aldebaran Park’s reputation as one of the leaders in the production of quality trotting stock was further reinforced in August with eight individual winners bred or raced by the Nagambie facility.

Our resident stallion SKYVALLEY NZ led in seven individual winners for the month to advance his seasonal tally to 30. He sired the winners of $832,692 in prizemoney and was again clearly the leading colonial bred sire in 2019/20.

Godofthunder, a five-year-old gelding and one of the first crop of our frozen sire YIELD BOKO Se, posted his eighth win and took his earnings to beyond $50,000 at Globe Derby Park recently. From his initial crop of 15 foals, YIELD BOKO Se has left seven starters and six winners.

On the international front, the Aldebaran Park-owned Aldebaran Revani USA and part- owned Syrinx Minx USA are both competing strongly in the rich Pennsylvania Sires Stake and Stallion Series program, while the three-year-old filly Kela Hale Boko Se, owned by Aldebaran Park and trained from Menhammar Stuteri in Sweden, is now being readied to qualify at the famous Solvalla racetrack – the home of the Elitloppet in Stockholm.