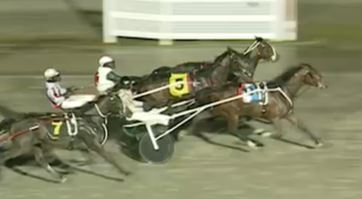 The haul was headed up by Aldebaran Knox (Muscle Hill-Kyvalley Aldebaran NZ), the highest priced yearling at $90,000 in 2018, who came off a 20 metre handicap to notch his third success at Hamilton.

Godofthunder (Yield Boko Swe-Joyce’s Choice) and Aldebaran Jaytee (Yield Boko Swe-Aldebaran Crumpet), who were both sold at the 2016 sale, scored at Albion Park and Shepparton respectively. Godofthunder, who was knocked down for $40,000, tipped his earnings beyond the $90,000 mark with his gritty win.

Bought for $8,000 and now the winner of $91,840, Aldebaran Ursula (Yield Boko Swe-Ushaka Bromac NZ) posted her eighth success at the Menangle midweek meeting, while the two-year-old Eds Dream (Dreamcatcher Swe-Xena Hest NZ), a product of the 2020 APTS sale, won for the second time at Ballarat.