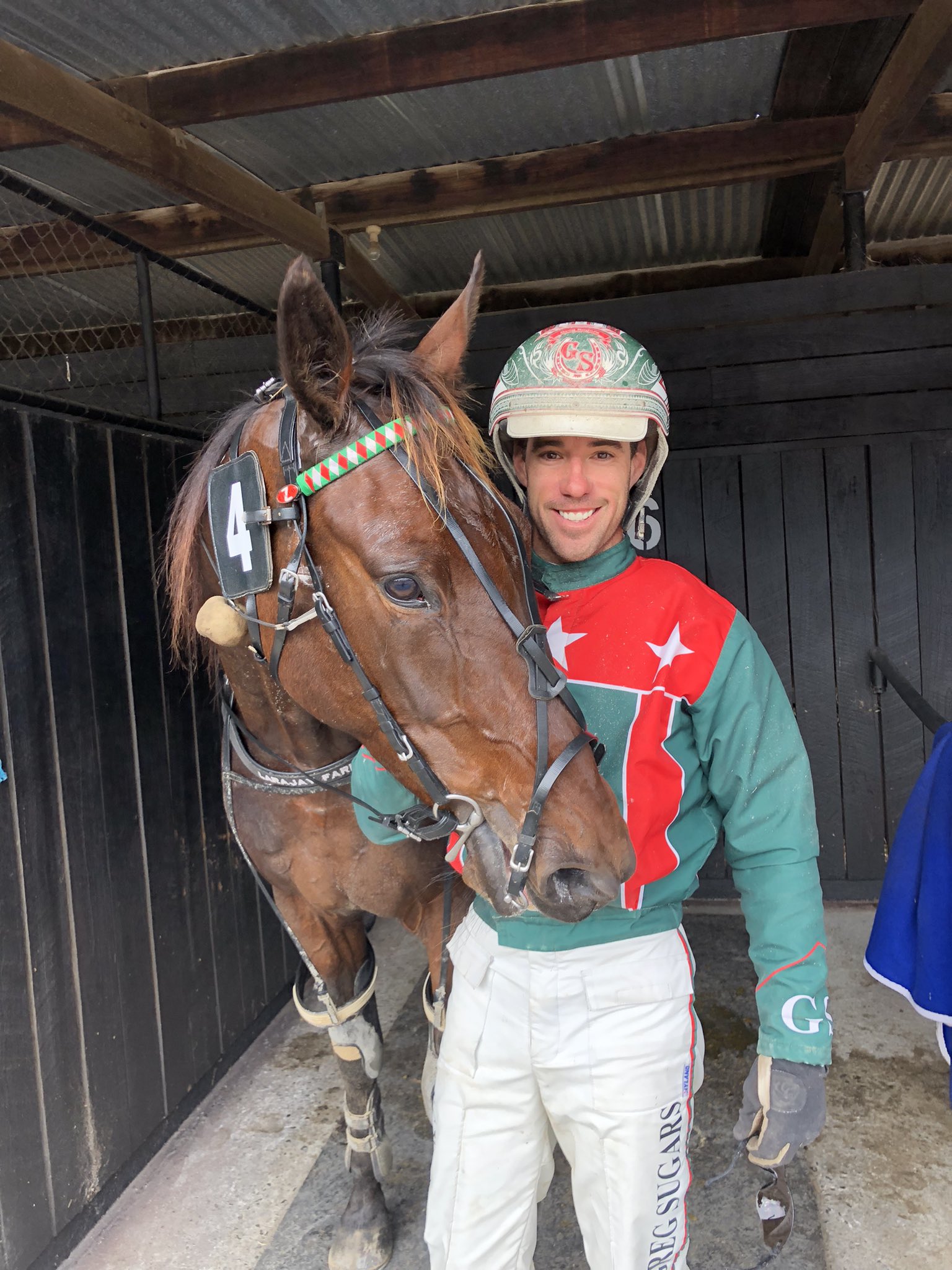 Bettor’s Delight mare La Machane was bred by late Harness Breeders Victoria members John and Nola Munnerley and was no slouch on the track.

In her 61-start career, she secured 20 wins including the Group 1 Vicbred Super Series final for four-year-old pacing mares in 2013 (click to watch) for earnings of more than $335,000.

It comes as no surprise then that her progeny are shaping up to be stars in their own right.

She has had five live foals, all bred by John and Nola and their daughter, Sharyn Munnerley-Jose, with four named and three to race.

And in April they really put her in the limelight, having produced nine starts for six wins.

Her first foal was La Puddie, by Somebeachsomewhere, who raced four times in April for two wins and a fourth placing.

Her second foal was La Captain (right), by Captaintreacherous, who had two starts and won both in a clean sweep of the E Bray Country Clubs Series (watch the final below).

Her third foal, Machane Said, is a three-year-old by Well Said, who debuted in January and in April had three starts for two victories and a second placing.

Career earnings for all three tally over $155,000 and continue to climb.

Her next foal, a two-year-old Captaintreacherous colt, has now been named (Benbullan) but is yet to race and, most recently, she had a Somebeachsomewhere yearling filly, who was bred by HBV members Sharyn Munnerley-Jose and Greg Jose.

Since sold to interests in WA, the mare last recorded a positive test to Victorian stallion, American Ideal.

We’d be interested to hear from anyone who knows of a broodmare whose progeny have produced a more impressive month on the track than La Machane.

Her own dam, the Die Laughing mare Machane, was unraced but herself had seven foals, all raced and four were winners, including La Machane and Aurelius (Art Major, $57,000). Of La Machane’s two sisters, one died prematurely but the other, Jazzy Malone (American Ideal), bred from by members Fusinato Bloodstock, has had two live foals - the first, Malone Ranger (Art Major), has recorded a win while The Cherokee Girl (Roll With Joe) has had just the one start, debuting late in 2021.