Our 2021 look at mares who have been previous winners of county cups continued in October with Geelong, Maryborough and Swan Hill, let’s track forward to see where their bloodlines are today, including one outstanding trotting family still going strong out of the McNamara Memorial Trotting Cup.

You can investigate past winners of a huge range of Victorian feature races with Harness Racing Victoria’s Honour Roll selector at thetrots.com.au.

The obvious standout on this list of McNamara Memorial winning mares is, of course, MAORI MISS, for whom the Australian Trotting Broodmare of the Year trophy is named – and for good reason.

Of her progeny, one was the incomparable trotting sire, Maori’s Idol, while her daughter Maori Trump (Overtrick) had 19 foals who have numerous, rich, contemporary links through both her sons and daughters.

Her sons Tennotrump (A Go Go Laumaunt) and Noopy Kiosk (Paulsboro) are established sires in their own right, while her daughter Māori Acacia (Smooth Fella) produced multiple broodmare of the year, Sundonna, the dam of Maori Time (Pegasus Spur, $421,000), Maori Law (Lawman, $213,000) and most recently a 2019 Volstead filly.

The latter was the dam of Aldebaran Maori, mother of our Follow A Foal, Aldebaran Demi, as well as Fear Not (Skyvalley, $196,000) and Kyvalley Kyrie (Angus Hall, $100,000), who has now thrown a winner in Pierro (Muscle Hill). 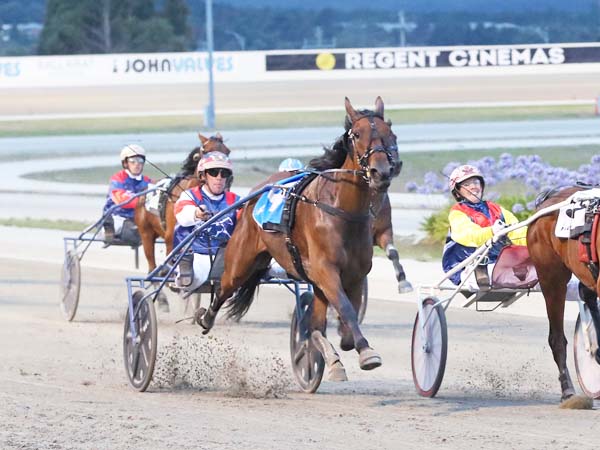 Maori Lindy also gave us Maorimoon (Entrepreneur), the dam of Victorian trotting broodmare of the year Lunar Landing (Sundon), who in turn was the dam of Spidergirl (Yankee Spider, $317,000) and Illawong Armstrong (Majestic Son, $231,000).

Recent winner, MY TRIBECA (Goetmals Wood, $118,000), now has an unnamed 2018 Trixton filly on the ground and was most recently served by Tactical Landing.

Only two horses from sole Geelong Cup winning mare have been produced in the last three years from what was once a prolific bloodline – a 2018 Tell All filly, as yet unraced, named Sweet Talk (through Karim Valley, Karim Valley and Faydal), and Holmes Hanover mare, Love To Hate, who was served last year by Guaranteed.

She descends from Faye Maree through Marell (Aachen), Little Shirl (Spare Hand) and dam Whats It All About (What’s Next).

Winner of the 1991 Cup was a Captain Hook mare, CELEBRATION.

Her bloodline continues to race in 2021, with 2YO filly Malhana Muscles (Down Under Muscles x Hanabration) currently racing and already a winner, and her brother Tenno Sho (Tennotrump) with $162,000 in the bank.

Another Celebration daughter, Party Lights (Red Coach Glory), has thrown Robbie Zue (Zooma, $104,000) and Frame of Mind (Framework), the dam of a 2019 Fling It filly. Party Lights also has a 2018 Fling It filly on the ground, who is as yet unraced.

OLYMPIC IDOL took the 1994 edition, and is the second granddam of a 2021 Skyvalley filly.

GLENFERRIE ALEXIS was a multiple cup winner - take a look at her current record HERE.

No mares lined up in the 2021 Swan Hill Pacing Cup, but former winner JILLIBY MAGIC is leaving her mark, take a look HERE.