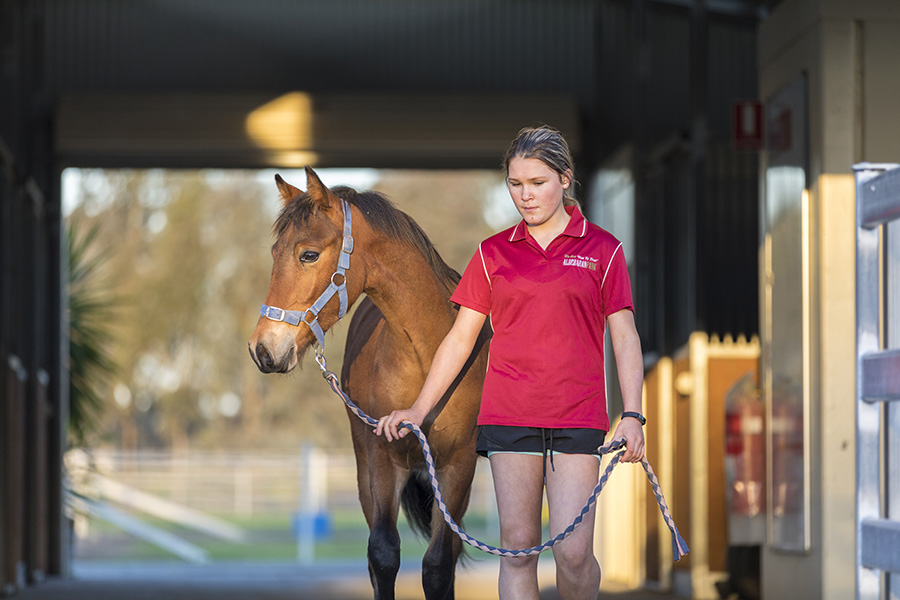 Aldebaran Floss, a three-year-old filly bred by Aldebaran Park, notched her most important success to date when she finished brilliantly along the passing lane to capture the Group 2 $50,000 NZ Trotting Oaks at Addington.

It was her third win from nine starts and increased her stake total to $42,178.

Another Aldebaran Park-bred filly, Aldebaran Ursula (by YIELD BOKO), a Group winner and national mile record holder at two, returned to the winner’s list in a heat of the NSW Foundation Series at Menangle in 1:57. She has now won six races and $47,780 in stakes.

Fear Not, another of the Aldebaran Park breed, was one of six winners sired by resident sire SKYVALLEY in March. She came off a 20 metre handicap to salute at Maryborough and now boasts stake earnings just shy of $190,000.

Nerveracking (by SKYVALLEY) won twice during the month including the Port Pirie Trotters Cup. Other recent SKYVALLEY winners were Blis Valley (Melton and Kilmore), Valley Ess Jay (1:57.5, Menangle), the Aldebaran Park bred On Fast Forward, who overcame a 60 metre handicap to post his ninth win at Gloucester Park, and the Auckland victor Kimkar Dash.

Bacardi Bindi, a recent winner at Globe Derby Park and earlier a Listed Classic winner, is out of one of the first mares by SKYVALLEY to go to stud.

Hotjane Bling, a daughter of EILEAN DONON, continues to cut a swathe through the ranks in NSW. The mare posted her 16th lifetime success and pushed her stake earnings to almost $140,000 at Menangle recently.