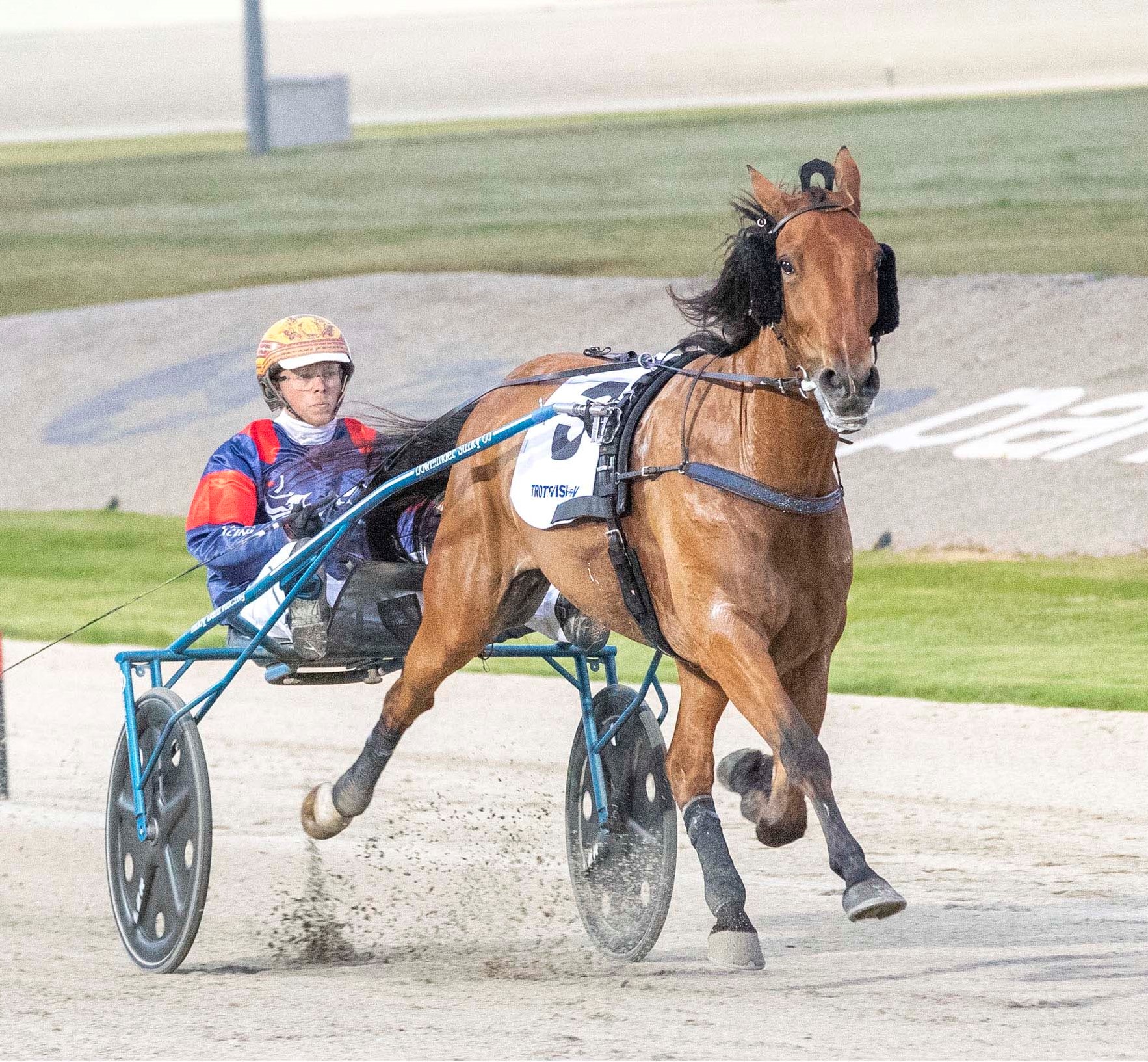 There are six Breeders Crown trotting double champions, all of them colts or geldings, with Super Command, Kyvalley Road, Paramount Geegee all winning as two and three-year-olds, while Let Me Thru, Our Twentyten and Skyvalley won at ages three and four.

Four pacing colts and geldings - Our Waikiki Beach, Bit Of A Legend, Hurricane Harley and Our Little General - have all won two pacing Breeders Crowns, while pacing mares just Make Mine Cullen, Frith and No Win No Feed are also dual winners.

In each of her Breeders Crown triumphs Im Ready Jet has lowered the fillies mark for the race and this year she set a time that was unmatched by the trotting colts and geldings as well.

As a three-year-old she again broke the race record for fillies of 2.43.1  for the 2240-metre trip (1.57.2 mile rate) in a time quicker than any previous colt or gelding winner before Cover Of Darkness set a new colt's record the same night.

And as a four-year-old she continued to set new marks for the series, with her stunning 23.6-metre victory in a 1.57.5 mile race being the fastest time by more than half a second of either sex, bettering Sundon’s Courage’s mile rate of 1.58.3 in the 2017 entires and geldings' final.