The Nutrien Equine Ready to Run online sale takes place across this Breeders Crown weekend from November 20 to 22, with 25 lots to go under the hammer virtually while the Race For Royalty takes place at Tabcorp Park Melton.

Here we explore the pedigrees of lots bred by HBV members who will be eligible for futurity riches in the Vicbred series.

First cab off the rank for our member-breeders is a September filly by Well Said from Bettor’s Delight mare, Bettor Abs, bred by Blanche & Dean Poole at Rhiannon Park (Lot #9, below). The cross gives a 5 x 4 breeding of Most Happy Family, through Oil Burner on the paternal line, and Cam’s Card Shark on the maternal. Abercrombie also appears in duplicate through Well Said’s dam, Artsplace mare Must See, Bettor’s Delight’s dam Classic Wish, and Albatross in triplicate through Western Hanover, Artsplace’s dam Miss Elvira, and Classic Wish’s damsire.

Rhiannon Park are represented again with a September Shadow Play colt, the first foal from Artistic Fella mare, Elle Macarty (Lot #16, below). It is only the duplication in lines which are brought into the match from Shadow Play’s pedigree that are apparent in the first five generations here (5x5 Albatross, and 5x5 Oil Burner); the cross over with Artistic Fella introduces Garry Rowan and Cam Fella blood into the mix. As a broodmare sire, Artistic Fella is only represented by a small crop to date – nine starters for six winners, but his best result is Gee Jay Kay (Western Terror, $134,000); Western Terror of course is by Shadow Play’s grandsire, Western Hanover.

The unraced Elle Macarty has a 2019 Bitobliss colt on the ground, and was most recently served by A Rocknroll Dance. She is one of five live foals from Classic Garry mare, My Elle Mac, who herself is one of eight live foals with five to race to produce two winners. With few fillies in the family line who have been bred from in several generations, this colt might finally be the opportunity to show the full potential of the line in modern times!

With dedicated futurities and great prizemoney in Victoria for trotters, there will be no doubt much interest in Lot #15, a Love You colt from Dream Vacation mare, Cruzenthepacific, bred by HBV member, Nick Hooper. As a sire, Love You is only just starting to see results from his Australian-bred stock, with his local 2YOs hitting the track this season. But of those 15 to take their turn, six have been winners including Affaire de Cover (from Live Or Die mare, Nigella Bites) who has already recorded TR1:59.0, and Maestro (from Continentalman mare, La Tonneralla).

“We went with Love You because we hadn’t had access to him in Australia whilst we had watched around the world and closer to home in NZ the quality of his progeny,” said part-breeder, Nick Hooper, “She [Cruzenthepacific] deserved the opportunity to be bred to a sire of this quality. The pedigree doesn’t have a lot of duplications given the mix of (largely) European blood, but it does provide a 6x5 cross of the half-brothers Hickory Smoke and Hickory Pride – many of the best trotters have this cross often due to the presence of Game Pride in the maternal pedigrees of Down Under horses.”

The colt’s dam, Cruzenthepacific, only had limited starts but is a half-sister to Kadabra Dynasty (Kadabra), who before she died, earnt over $42,000. Cruzenthepacific’s three named progeny to race (of four) are all winners, including metropolitan-winning mare Mar Pacfico (Bacardi Lindy, $81,000) and current Cranbourne track record holder, Rosanna Lindy (Bacardi Lindy, $52,000).

Granddam, Card Game (Game Pride), has had no shortage of winners, with four of her five progeny to race recording wins, headlined by Cee Lewis (Red Coach Glory, $95,000) who won the El Dorado Final as a 3YO and was exported to the US, and Nellie Lewis (Speed Supreme, $74,000), the dam of Cranbourne, Yarra Valley, Charlton and Boort Trotting Cups winner, Lenny Lewis (Sundon, $162,000).

Benstud Standardbreds’ draft includes three Vicbred lots – a Roll With Joe colt and two fillies by Western Terror. The sire of over 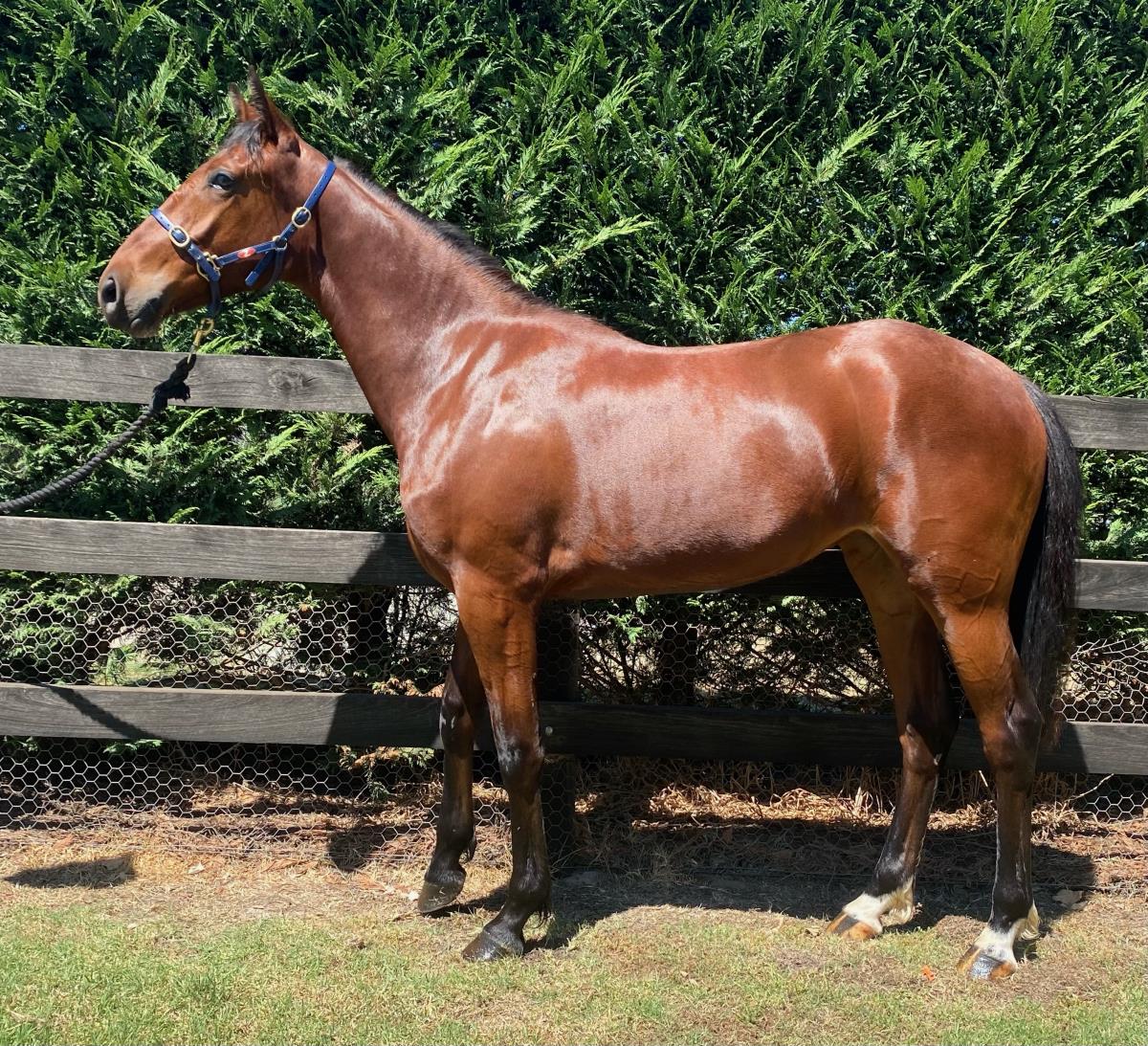 970 winners including 13 millionaires (and a couple of multi-millionaires), Western Terror has runs on the board, and in Morgan Abby’s filly (Lot #24, below), brings in the No Nukes & Abercrombie lines that were so successful combined to produce Terror To Love (Western Terror, $2.3M).

Morgan Abby (Aces N Sevens, $118,000) is a Listed Classic winner with five live progeny of racing age – all raced and all winners, including Exciter (Art Major, $72,000) who placed in the GR2 Tatlow Stakes as a 2YO behind Lochinvar Art. Granddam Boldandbeautiful (Albert Albert) was a success on the track, banking over $79,000 before producing Morgan Abby and her more successful half-brother, GR1 NSW Breeders Challenge 2YO final winner, Its Only Rocknroll (Million Dollar Cam, $422,000; now in the USA) and three other winners.

The depth of quality in the family of Lot #22, another Western Terror filly, this time from Gotta Go Cullen mare, Melisandre, speaks for itself with multiple high-stakes earners in the immediate generations. She is a sister to multiple Group 1 winner Gotta Go Cullen (Christian Cullen, $1.12M), McGuigan (In The Pocket, $131,000) and also to producer Sagrantino (Falcon Seelster), dam of sire Watch The Aces (Aces N Sevens, $73,000) and Triple Sec (Mach Three), the dam of Our Triple Play (Shadow Play, $230,000). 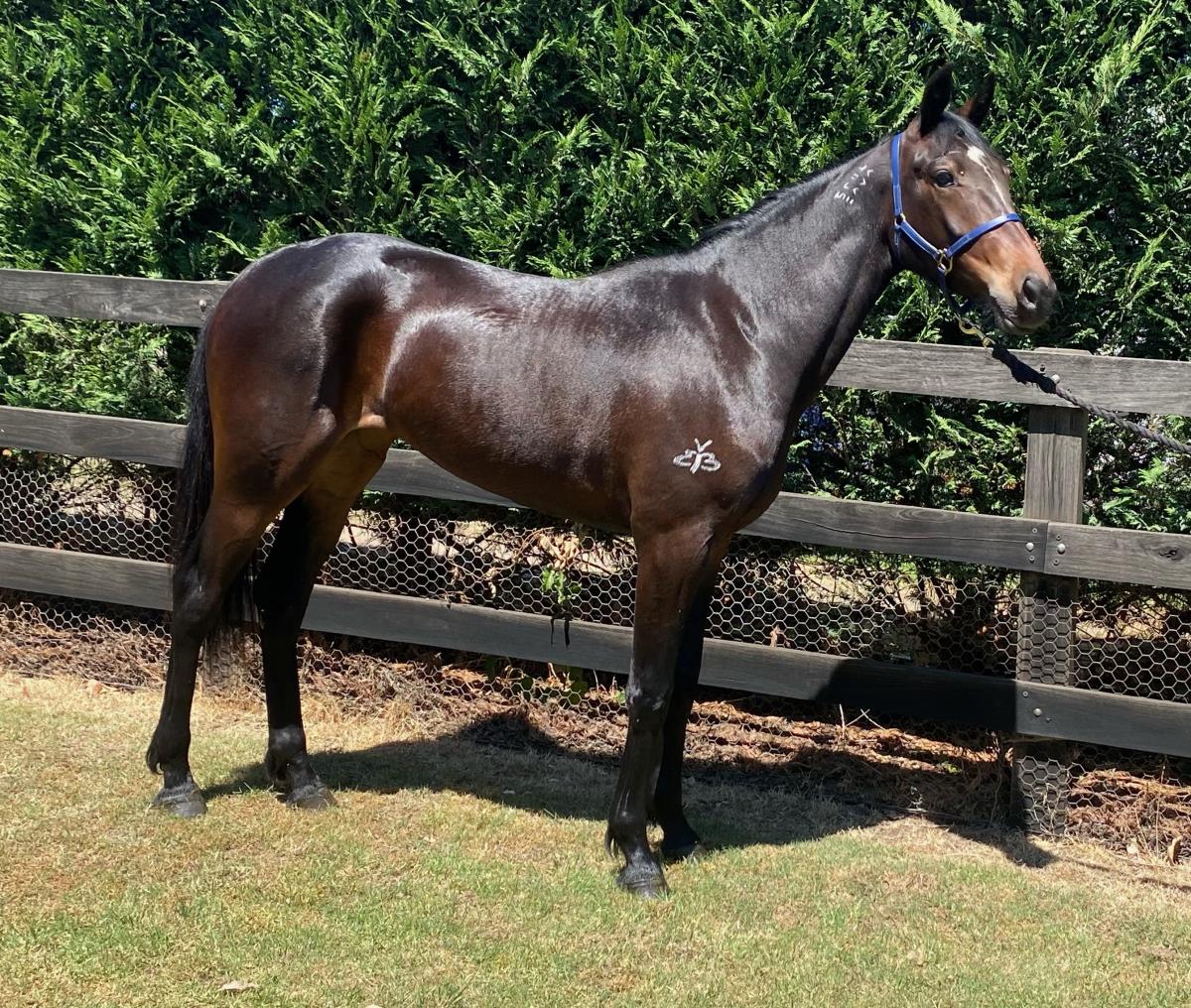 Just one step back and we come to the immediate family of granddam, My Sparkling Burgundy (Butler BG) – a sister to champion racehorse and sire, Il Vicolo (Vance Hanover, $1.58M), and more stellar producers in Vicaro, dam of Stunnin Cullen (Christian Cullen, $1.38M), and the incredible line of Coburg (Falcon Seelster, $204,000), dam of Veste (Christian Cullen, $106,000), in turn dam of Purest Silk (Rocknroll Hanover, $103,000).

The only duplication on both paternal and maternal lines of this filly is Albatross, with a 4x5x5, the stallion twice on the sire line and once for the dam through Butler BG. Like #22 (right), this filly shares similarities with the maternal pedigree of Terror To Love – Live Or Die being his dam sire, and that of Gotta Go Cullect, and Albatross on the maternal-maternal line through Michael Jonathan and BG’s Bunny respectively.

The fact that Western Terror has a 64% strike rate as a broodmare sire in Australia should factor into buyer’s decision making for these two fillies; included in the list of his daughter’s progeny are Our Little General (Mach Three, $712,000), Soho Burning Love (Auckland Reactor, $371,000), and Governor Jujon (Cammibest, $301,000), who shares the Cam Fella line with #24.

Benstud’s third Vicbred lot (Lot #25) is a colt from winning Art Major mare, Clevedon Betty, who of two live foals old enough to race, has had one starter for one winner – trotting mare, Queen of Clevedon (Rock N Roll Heaven, TR1:57.2, $56,000). His sire, Roll With Joe, is capable of throwing a fast trotter too – Rolling Secret stopped the clock at TR1:55.7 in a Ladyship Mile! His richest Australian performer, of course, is a pacer – Ignatius ($451,000) who is also from an Art Major mare. Roll With Joe over Clevedon Betty gives this colt a 4x4x4 cross to Abercrombie, plus a 5x4x5 to Albatross, and a 4x5 to Most Happy Fella. 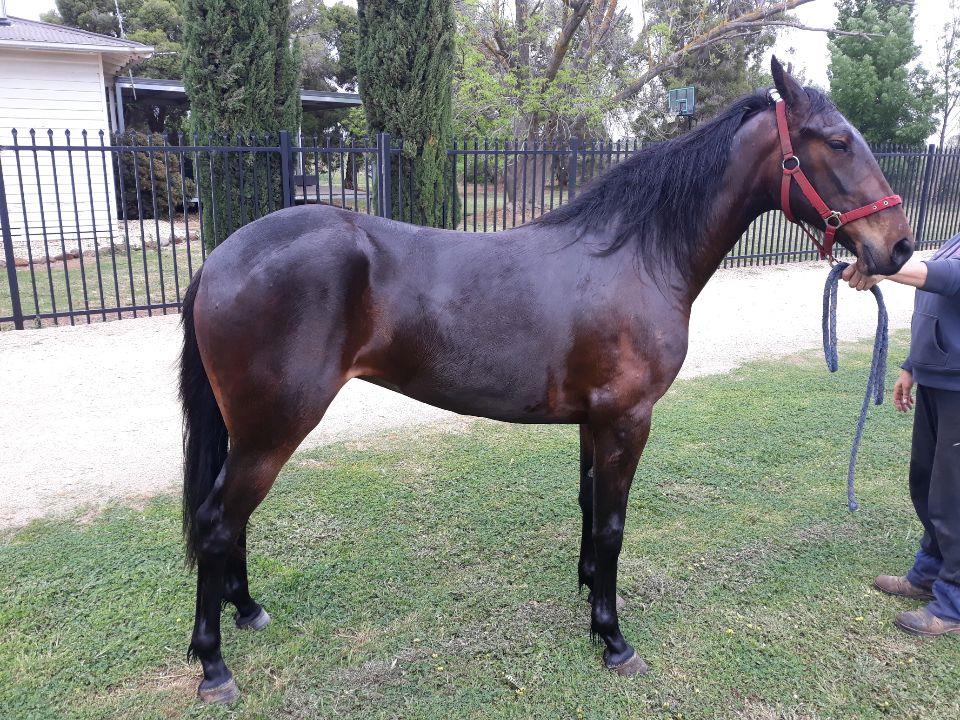 The selection of Vicbred stock continues with Lot #17 (below) from Llewellyn Park, a filly with a 3x3 to Artsplace through dam Fun On The Run’s sire Grinfromeartoear and through sire Well Said’s dam, Must See. “We bought the mare from Kevin Seymour with a Rock N Roll Heaven foal at foot, but felt that line wasn’t really working for her so we consulted pedigree matcher, Ken McKay, who suggested Well Said,” explained breeder, Steve Dickson of Llewellyn Park, “It was his first season in Australia for fresh semen and the Western Hanover-over-Artsplace cross was appealing. We also considered his size – while Fun On The Run is a big mare, her foals had been on the small side but the match resolved that, with this filly being a good strong foal from the start.”

She also has a 4x4 to Albatross, one line through the sire and one through the dam, and the filly makes an exciting prospect as possibly the first from Fun On The Run to race. The family has proven performers and producers though – the mare is a half-sister to Guitarzan (Christian Cullen, $216,956) and GR2 winner Forever After (Presidential Ball, $172,000), now the dam of four winners including Fond Memorial (Mach Three, $73,000) with a GR3 of his own. She is also a sister to super producer, Faith Prevails (Fake Left) who has had nine foals to the races with each recording victory, including Frankie Rocks (Rock N Roll Heaven, $249,000), GR1 winner Fame Assured (Mach Three, $229,000) and Feel The Faith (Mr Feelgood, $171,000). Grinfroneartoear’s daughters have produced earners of over $5.2M in Australia, and one of his top five is Group 1 Bathurst Gold Crown winner, Castalong Shadow by Shadow Play – a grandson of Well Said’s sire Western Hanover.

Some interesting new crosses along side some tried-and-true combinations makes for a fascinating catalogue and we wish our members offering Vicbred lots next weekend all the very best.

Information about the Nutrien Ready to Run sale, including the full catalogue, breeze up videos and more, can be found on the Nutrien Equine Standardbred website.