Gold and Bronze for Aldebaran Park on Breed For Speed night 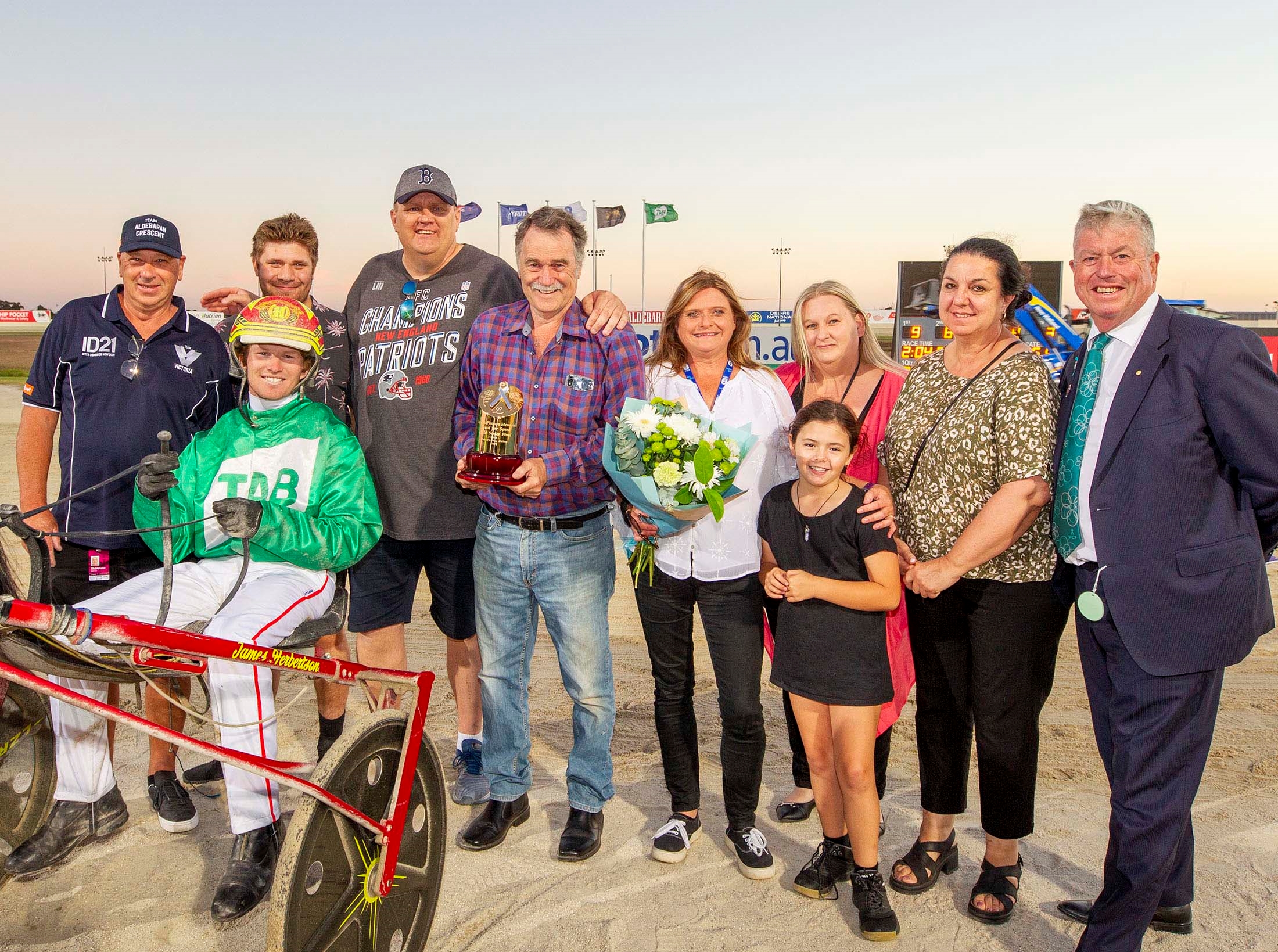 Aldebaran Crescent and Paris Faith, a pair of trotting mares bred and raised at Aldebaran Park, won important races on the all-trotters night at Tabcorp Park Melton on February 26.

Aldebaran Crescent (T 1.56.3, Majestic Son Ca-Maori Road) came from near last to capture the Group 1 $50,000 Lyn McPherson Memorial Breed For Speed Gold Series Final in a sparkling 1:56.5 mile rate. She clocked the last half in 57.4 seconds.

Aldebaran Crescent has now won 13 races including three at Group level and $184,540 in stakes.

Earlier in the night Paris Faith (Majestic Son Ca-Aldebaran Etta) finished at the rate of knots to win the Lyn McPherson Memorial Breed For Speed Bronze Series Final and set a new lifetime mark of 2:00.7.

Kyvalley Finn, a son of Aldebaran Park’s resident sire Skyvalley NZ, completed a treble for Aldebaran Park on the night when he scored in a career-best 1:57.7 over 1720 metres.

Kyvalley Finn was one of six winners sired by Skyvalley NZ in February.

Click here for the full catalogue and all the above pedigrees.

On the Breeding Scene

Aldebaran Teal’s first foal, 2YO filly Aldebaran Bardot by the French sire Charly De Noyer Fr (a son of champion sire Ready Cash Fr) is in training in Sweden under the guidance of Pasi Aoki and the Menhammar Stuteri AB training team, while the second foal, a colt by Readly Express Se named For Sure Aldebaran Se, sold for $46,000 at the Menhammar Stuteri AB online auction late in 2021.

By the Swedish Horse of the Year Going Kronos It, Aldebaran Teal Se, trained and driven during her race career by Swedish Hall of Fame member Torbjorn Jansson, was a talented mare in her own right, winning the Swedish Trotting Sports Young Horse Series as a three-year-old.

There is no doubt the fillies progress will be keenly watched from both Sweden and here in Australia.

For more visit our website at www.aldebaranpark.com. We are “Hot to Trot” at Aldebaran Park.