Gaits? Find a mare who can do both

Spirit of Smooch never made it to a raceday. She had plenty of ability but the chestnut daughter of Denver Gift made it clear racing was not really to her taste, and trainer Bruce Morgan suggested to owner, Alan Faux, that she might be better suited to the breeding barn – the decision for long-time Harness Breeders Victoria-member and breeder has proven to be a sound one.

After a stint owning and breeding standardbreds in his late '20s, Faux had a two-decade stretch away from the sport, with other interests taking up his time. Involvement with a VHRSC syndicate in the early part of the 2000s, which raced two Ross Gange-bred horses, Foxy Hanover and Foxy Capri, rekindled his interest and soon he had purchased Hilarious Way mare, Hilarious Walk. From her, Faux found himself with an Ultimate Falcon filly – Ultimate Walk – who went to the breeding barn in 2005 unraced.

The first foal by Jet Laag never made the races, but her second issue in 2007 by Denver Gift, was a chestnut filly with an attitude to fit the stereotype – as any of her farriers could attest, according to Faux. She became Spirit of Smooch and under the tutelage of Morgan, who had trained the syndicate horses Faux had earlier been involved in, it became clear she had ability. It was following a trial, where after cruising to the lead and setting a good pace, she allowed other runners to sail past her without any inclination to go with them, that it was decided the breeding barn was the place for her. 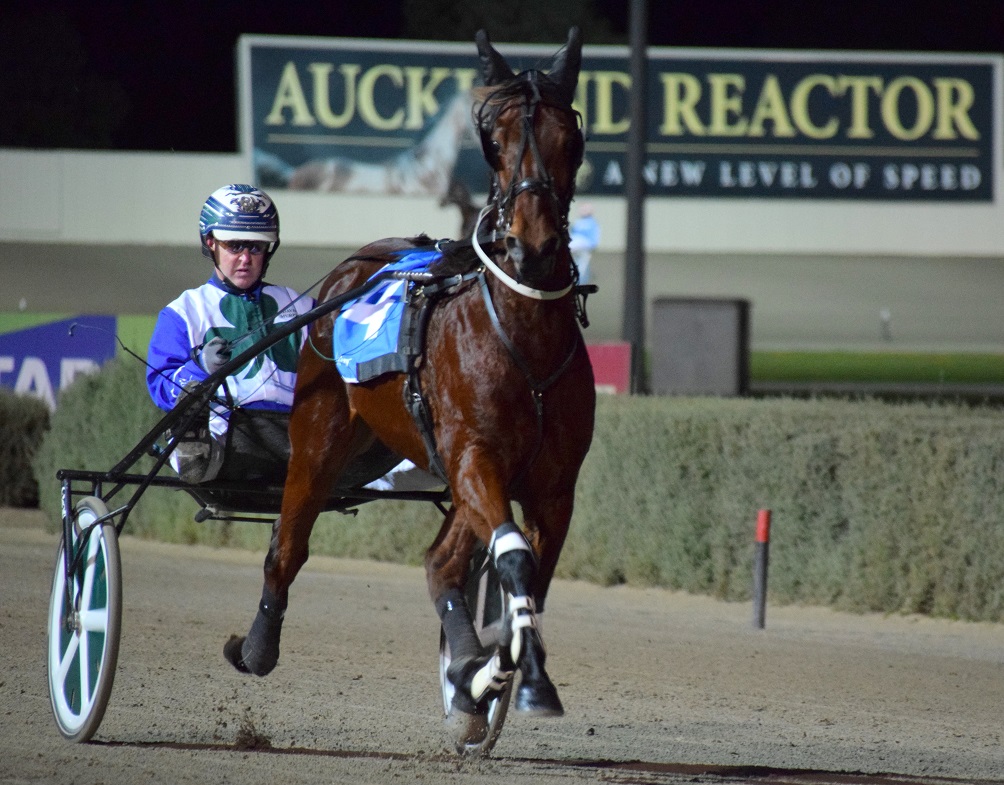 Perhaps the hallmark of Faux’s breeding programs is the willingness to cross back and forth across gait bloodlines, and seemingly it is a successful one. With challenging temperaments in fillies a strong genetic trait with the Hilarious Walk line, Faux decided to bring in a bit of cooler blood with a trotting sire, and sent Spirit of Smooch to Armbro Variable. The cross was an interesting one, producing a colt with a maternal 5x5 to Brett Hanover, the only sire to appear more than once in the first five generations. Faux had the horse gelded and raced him as Variance. The trotter secured his first win as a 3YO and would go on to bank almost $120,000 in his career, which included the Group 3 Breeders Crown Silver Trot in his 3YO season.

Variance’s last win before a leg injury was in January, making him one of four individual winners this year bred by Faux. The latest came last week when Four Starzzz Shark 3YO, Triple Zed, stunned punters – despite the stable being confident in his ability – with a 1:56.3 victory on Humbletonian Day at Maryborough, in the Harness Breeders Victoria 3YO Vicbred Maiden Pace (below).

Trained and driven by David Murphy, who currently has Faux’s racing team in his care, the gelding’s win was a tough, impressive one despite his 57-1 starting price. From gate six, Murphy pushed the gelding forward, sitting wide until securing the death seat as they came down the side the first time in a lead time of 5.2 and first quarter of 27.7, both the quickest of the day. He sat parked in the breeze to the 400m mark, when he took the lead, and in the straight, held off a surge from the omen bet of the meeting, Isolation, to win by 2.2m.

It was only Triple Zed’s sixth start, having sustained an injury in his 2YO season, which required box and then paddock rest. His only start since was soured when a skirmish in the front row led to a fall at Charlton, and with the gelding unable to avoid the incident from barrier eight, he sustained superficial injuries to his legs that will require a little time off to heal. 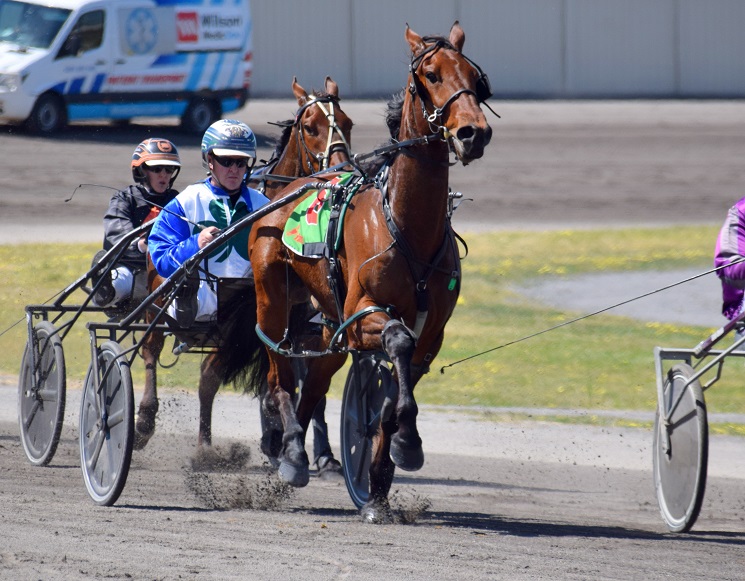 Of Spirit of Smooch’s four living foals, two are by trotting sires and two by stallions of pacing blood. Triple Zed’s older half-sister, Harper Lee, a mare by Artistic Fella and described by Faux as having ability but “a moody pacer like her mother”, has been retired to the breeding barn. Looking for another calming influence, she has been booked to Alabar’s chestnut trotting sire, Peak. The other trotting-bred sibling is an as yet unnamed 2018 colt by Angus Hall, and one of two by that Faux has bred by that sire, the other a 3YO from his Jet Laag mare, Lilian Grey.

Denver Gift, a son of Muckalee Strike and NSW Derby winner who undertook stud duties in the early 2000s at Loddon Valley Stud, has had only limited opportunities as a broodmare sire with just a dozen starters but they include horses like Variance, Repeat After Me (Modern Art, $181,000) and Hey Suzie (Tinted Cloud, $62,000).

Faux says he is very happy with the way things have turned out with Spirit of Smooch and in December, the mare is due to deliver a foal by Rock N Roll Heaven, adding a paternal 5x5 to Abercrombie to the Brett Hanover maternal duplication, and then will be given a year off. Plenty of time for Triple Zed to make Faux’s decision on the gait of her next breeding match even more challenging.