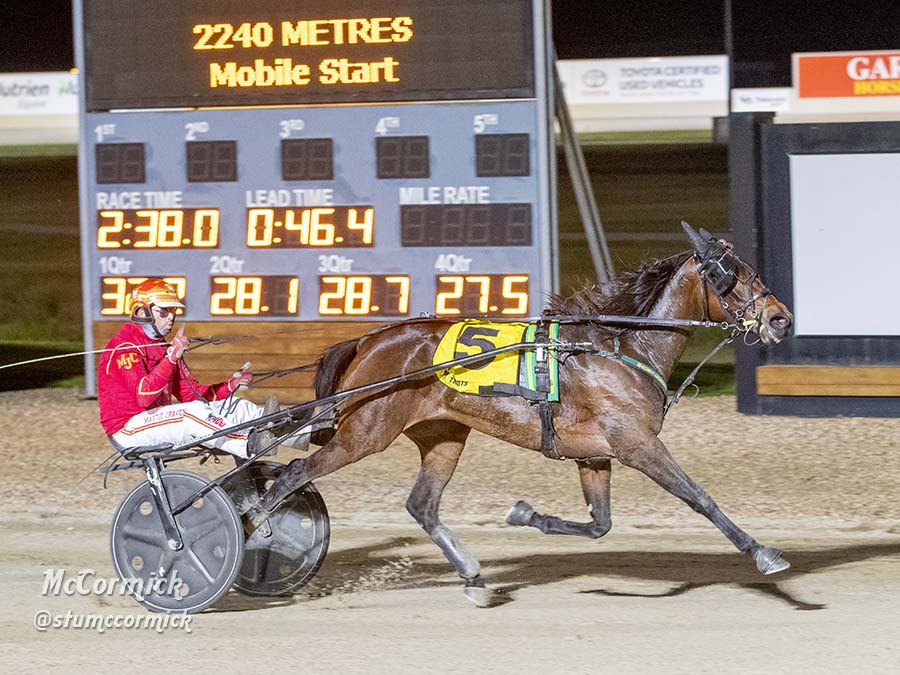 The Aldebaran Park-sired Pink Galahs - T3 1.54.3 - $145,470.00 (by SKYVALLEY NZ) and Aldebaran Ursula T2 1.56.8 (by YIELD BOKO SE) have firmly established themselves as the top three-year-old and two-year-old fillies of the season respectively.

Pink Galahs was undefeated in three attempts in October highlighted by her spectacular success in the Group 1 $50,000 Aldebaran Park Bill Collins Trotters Sprint at Melton in which she defeated the best open age trotters in commission. She rated a career-best 1:54.3 over 1720 metres with the last 800 in a sparkling 56.7.

A week later Pink Galahs, competing against her own age and sex, humbled her rivals in the Group 1 $60,000 Victoria Trotters Oaks to complete her third Group win for the season and become the 13th $100,000 earner sired by SKYVALLEY NZ.

Bonny filly Aldebaran Ursula, who was bred, raised and sold by Aldebaran Park, set a fresh Australasian two-year-old mile record of 1:56.8 at Menangle in notching her fourth win from six starts.

Pink Galahs was one of nine individual winners sired by the leading colonial bred stallion SKYVALLEY NZ during October.

Besides Aldebaran Ursula, YIELD BOKO Se was also represented by the Melton three-year-old winner Aldebaran Stevie and from a foal crop of 22 in Australia he has sired eight winners and a placegetter from 11 starters.

Aldebaran Park bred and reared no less than six individual winners in three different States for the month and are the proud part-owners of the exciting three-year-old fillies Aldebaran Alissa NZ and Aldebaran Belle NZ, who scored at Kilmore and Ballarat respectively.

This Seasons foals continue arriving at Aldebaran Park this spring. The new arrivals in October are:

And for our International Clients:

On the Stallion Front – Bookings have remained solid throughout the 2020 -2021 Breeding Season and we look forward to supporting the Trotting Breeders in Australia with Skyvalley NZ and Aldebaran Eagle USA – where our promotion “Fresh is Best” is certainly attracting plenty of support – and of course for Yield Boko Se – our Multiple Derby winning Swedish Stallion who is available via Frozen Semen.

We encourage you to Visit our website at www.aldebaranpark.com for further information.