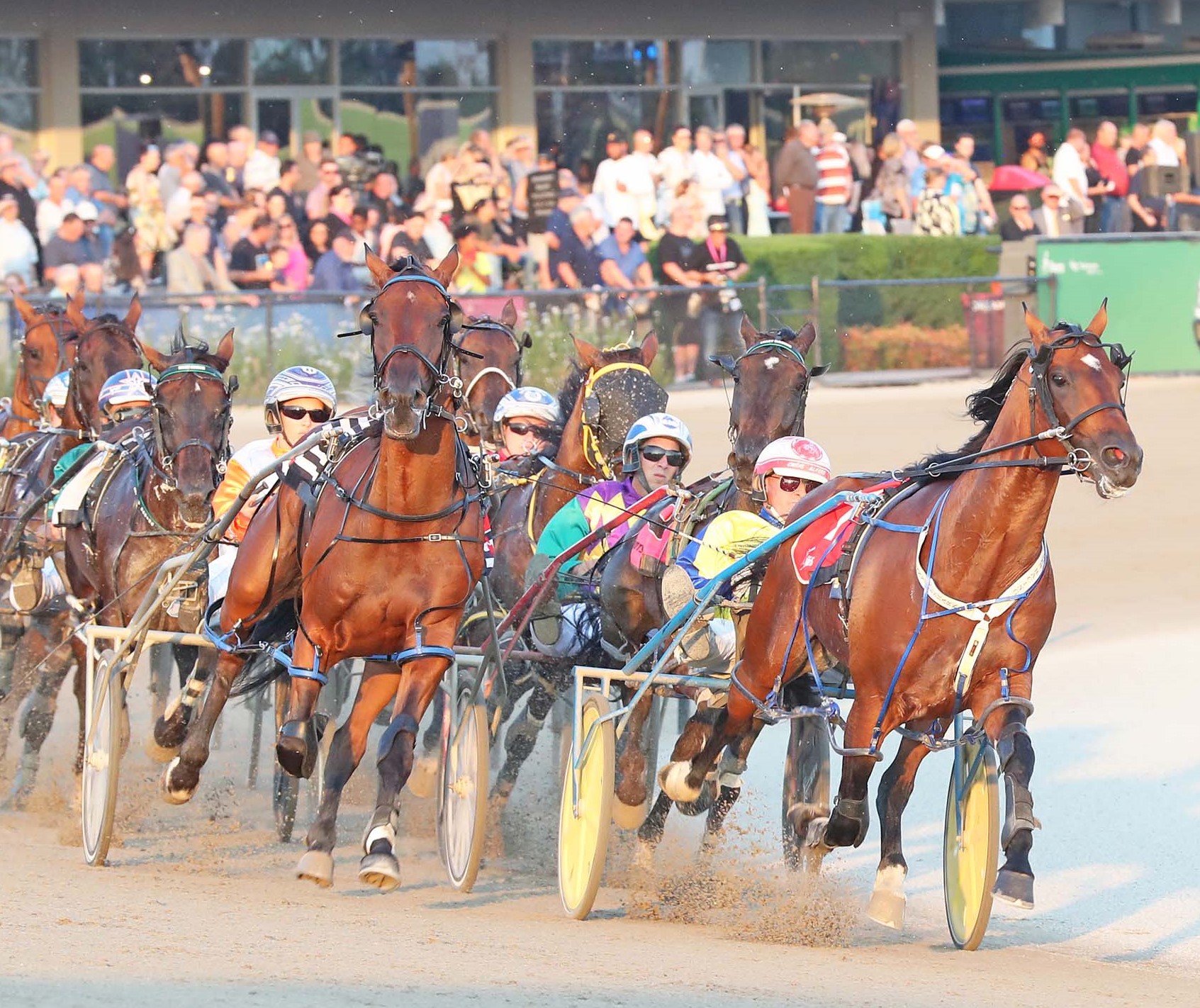 The stock of exciting first crop sires Huntsville, Downbytheseaside, Lennytheshark, Vincent and Jilliby Kung Fu will be showcased at the Australian Pacing Gold sale at Oaklands Junction on Sunday, February 7.

Huntsville has the largest representation with six (four colts and two fillies), Downbytheseaside has three fillies, Lennytheshark and Vincent both have three and Jilliby Kung Fu one entry.

Huntsville (1:47.8) won 15 of his 25 starts and $1.7 million in stakes including the Breeders Crown, International Stallion Stakes and Bluegrass at two and the Meadowlands Pace, Cane Pace and North America Cup elimination at three.

His first crop of yearlings sold at the Lexington Selected Sale in October averaged $62,143 for 35 head.

Downbytheseaside, who took a record of 1:48.6 at three and earned $2.1 million, won 22 of his 35 outings. Among his successes were the Governor’s Cup, International Stallion Stakes and Bluegrass at two and the Messenger Stakes, Progress Pace, Art Rooney Memorial and Carl Milstein Memorial at three.

At the Lexington sale Downbytheseaside’s stock averaged $61,192 for 26 lots sold.

Lennystheshark, a courageous pacer with a lion-sized heart, began his career as a two-year-old and soon became the idol of all Australian trotting fans in the 2010’s. In all, ‘Lenny’ recorded 39 wins including the 2015 Inter Dominion Final and 2017 Miracle Mile and now fewer than 23 Group successes and finished up with a stake tally of $3,007,585.

A member of the dominant Cam Fella sire line, Lennytheshark, by Four Starzzz Shark, is from the noted Miss Tommy family which produced the champion colonial stallion Classic Garry.

A son of the great Art Major and the Group 1 winner Kept For Pleasure, Vincent was unquestionably one of the greatest three-year-olds ever produced in this country. He won 12 of his 15 starts at three including the NZ and NSW Derbies and the NSW Breeders Challenge and was named 3YO Colt of the Year, while at four he was unbeaten in three attempts including the Auckland Cup and Franklin Cup.

Vincent’s debut crop of weanlings were greatly in demand at the NZ All Aged sale last May. Nine weanlings sold for an average price of $14,333, the highest for a first-season sire and the third highest overall.

Jilliby Kung Fu, another son of Four Starzzz Shark, was a Group winner at two, three and four years. In a comparatively brief career he won 16 races including the Chariots of Fire equalling the race record of 1:48.8, the Vicbred Super Series 3YO Final and the Victorian 4YO Bonanza and finished second in the fastest ever Miracle Mile.

To order a sale catalogue or to view the catalogue online simply click on the respective links on the website www.apgold.com.au