The Trots Country Cups Championships for 2021 power up again in the spring,with the Kilmore cups and, this year, the Swan Hill Trotting Cup.

Here we look at mares who have been previous winners of these prestigious races where and track forward to see where their bloodlines are today.

You can investigate past winners of a huge range of Victorian feature races with Harness Racing Victoria’s Honour Roll selector at thetrots.com.au. 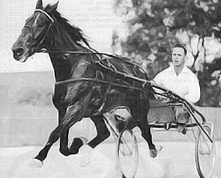 The Kiwi-bred OH NOVA (Diedre Don, $76,000) has delivered two foals in NZ, an unraced Quaker Jet filly, a 2YO Love You colt with two starts under his belt, and a 2020 Father Patrick filly. She was the only of four progeny from Tracy Nova (Chiola Hanover) to race, and none of her sisters bred on. From her dam’s sister, Kayla Nova (Sundon), resulted Smokey Nova (Monkey Bones, $11,000) who left a grey Majestic Son filly on the ground last season.

Dream Vacation mare PURPLEPEOPLEATER ($92,000) is now at stud and has a 2019 Used To Me filly and 2020 Volstead colt. Most recently she was served by Timoko.

KWIK KISS was a prolific breeder with 12 foals on the ground between 1996 and 2012, seven of them recording wins including Sun Samurai (Sundon, $74,000) and Majestic Moves (Majestic Son, $60,000). This Group 2 winning mare has produced a 2YO Village Mystic filly and was last served by Creatine. Secret Kiss (Armbro Invasion, $34,000) has two unnamed juveniles on the ground (by Sam Bourbon and Creatine) while Lady Lover (Majestic Son, $1,500) also has two juvenile colts on the ground (by Used To Me and Dreamcatcher).

Jumanji Franco (CR Commando, $73,000) most recently delivered a Volstead filly, with seven other live foals (four still racing, two to debut) and was most recently served in 2020 by Creatine. Her daughter Yankee Duchess (Muscles Yankee) has three unnamed juveniles on the ground, two fillies by Quaker Jet and Used To Me, and a 2020 colt by Great Success. Jumanji Franco is from Jaguar Franco (Sundon), a daughter of 1984 Shepparton Cup and Group 1 winner, JOANNE TOLIVER (Toliver Hanover, $67,000).

1971 winner LUCY CLARE (Rider’s Design) had seven foals following her racing career, including four winners, two over $100,000 (Downsouth Clare and Game Ebony). Her last foal, Downsouths Sister (Caliburn) was sent to the barn and produced only two winners, one of which was Sister Clare (To Ri Daon, $8,000). That mare had four live foals, all fillies, and two of her daughters have bred on – Another Clare (Keystone Crosby, $48,000), the dam of Keayang Ninja (Wishing Stone, $58,000) and Keystone Clare (Keystone Salute, $0) has a 2019 Great Success colt on the ground and a Skyvalley gelding – Clares Valley – yet to debut, and was most recently served by Volstead. 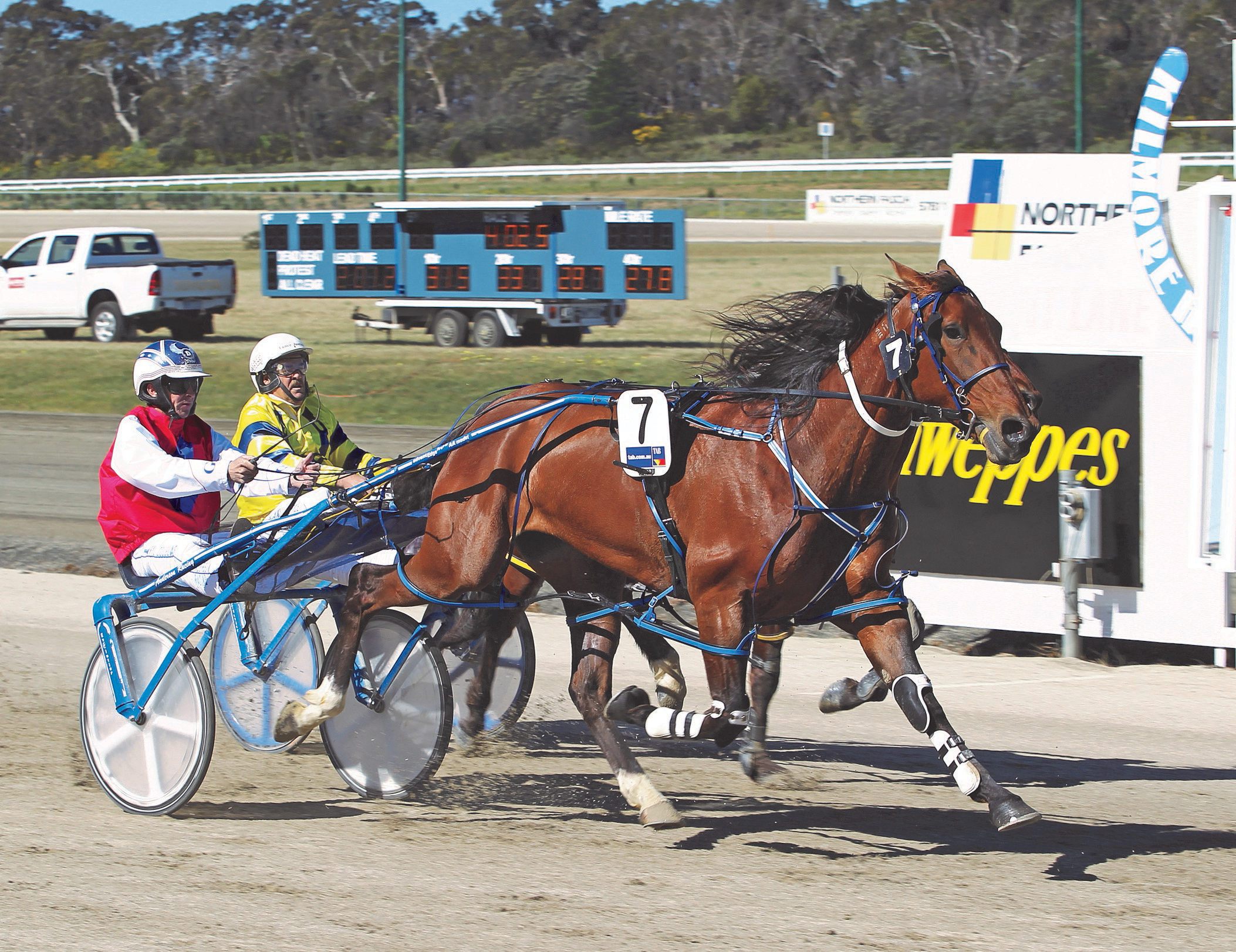 The only recorded mare to win the Kilmore Cup was the Group 1 Christian Cullen mare, MAKE MINE CULLEN. She has had four foals and is due to American Ideal in December. Her most recent 2019 Bettor’s Delight colt is yet to be named but her other three have recorded wins – Make Mine Memphis (Rock N Roll Heaven, $151,000), Metaki Majic, who now races in Brisbane (Art Major, $31,000), and Make Mine Heaven (Rock N Roll Heaven, $170,000). The latter has two Art Major foals on the ground and was last served by Bettor’s Delight in 2020.

Winner of the 1994 edition was Glory Girl (Red Coach Glory), who only recorded 10 wins in her career and amassed just over $26,000 but in the barn was no slouch. Her Safely Kept son, Crescent Glory, banked $149,000 and Village Jasper colt Glorious Finale just over $74,000. Her Keystone Salute daughter, Glory Salute, has a Skyvalley filly on the ground from last season.

Jeremy Lobell daughter FOLLOME was sent to the barn after her racing career but from seven live foals only two raced and one, Shadows by Sundon, recorded a solitary win. But this singular winner was a filly and at stud, she produced the Victorian sire, Im Stately (Majestic Son, $248,000) and three other winners. Of those, Sciamachy (Lucky Chucky, $10,000) has been bred on, with a Majestic Son colt rising 2YO and due to drop a Quaker Jet foal soon. 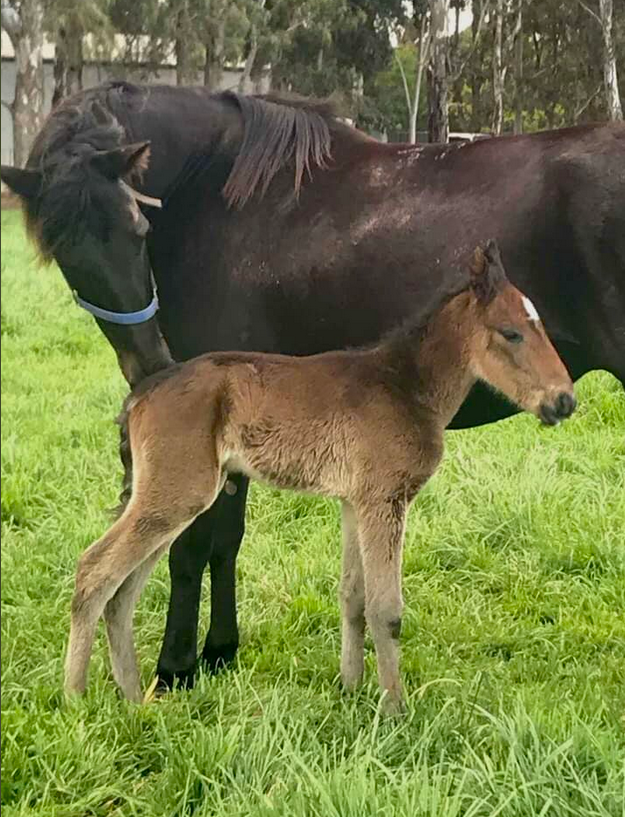 RC’s Dee Jay mare MELPARK MAID (GR1, $169,000) has now been retired from the breeding barn but her time there was a success with six of her seven mares named, all of whom won. Of these only one was a filly, Classic Adam daughter Melpark Melody, who was bred from but only produced colts, including Coimadai Lodge (Sundon, $90,000). Melpark Maid’s sister Speed to Glory (Red Coach Glory) produced Melpark Sunrise (Sundon, $121,000), the dam of Giacomo (Yankee Paco, $106,000) and most recently a Great Success yearling filly. Another of her fillies, Efficacious (Safely Kept), has 3YO Bacardi Lindy and 2YO Creatine fillies on the ground

TAMRA DAWN (Britewell, $141,000) was a Group 2 winning mare from New Zealand. She was cleared to the USA the year after her Kilmore Cup win and has been bred several times in that country. 1989 winner HIGHLY LIKELY (Game Pride, $154,000) was similarly exported to the USA to bred.

Another talented Sundon mare HEYZEAL was NZ-bred and earnt over $118,000 on the track. Despite being served on eight occasions she was never able to get in foal.

A family that looks promising as a future dominant strain is that of Group 1 winning Bacardi Lindy mare, CLAUDYS PRINCESS (pictured with her foal, $401,000; TR1:55.5). Her eldest progeny is a yearling Majestic Son colt and she is due soon to What The Hill. Her dam, Wind Cries Maori mare All Finesse, was unraced but has produced seven foals. All bar two are old enough to race and have run, with Claudys Princess the most successful and her full brother Claudys Prince next best ($113,000), while Claudy N Gus also secured multiple wins. Her Conch Deville sister, Claudyslilsis, has had her first season in the barn, with a Louey Louey Louey foal on the way. All Finesse’s two youngest are both by Centurion ATM and is not currently in foal.

Click through to see the families of Scotch Notch, Fiona’s Flair, Regal Pepperell and Illawong Helios.

MENTAL POWER (Its Motor Power) earnt over $79,000 in her race career and has taken that good form into the breeding barn. Her first foal was Defence Got Jumped – a very literal name, with his sire the then unlisted and since unutilised stallion Wicked Subwoofer. He still recorded four wins and banked $21,000. Her next colt was Indefensible (Armbro Variable, $63,000), 3YO Sebastian K colt Defence Guy (two wins, $13,000), an unnamed Armbro Variable 2YO and her only filly to date is Defence Power (Zooma, $17,000). Like her dam, she was most recently served by Wishing Stone.

Kiwi-bred Earl mare, DREAM A MOMENT, has not been bred from but her half-sister Continental Moment (Continentalman) had just the one filly to race in Australia, Moment In The Sun (Sundon, $49,000, TR1:55). She was served in October 2020 by Father Patrick.