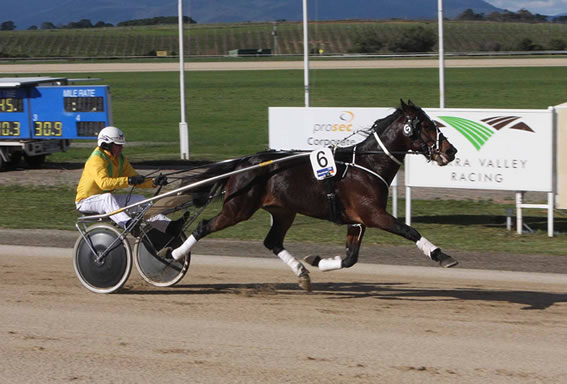 Boort Trotting Club has announced that bidding for the 2021 Trotting Stallion Tender is now open.

The tender has attracted eight well-bred, well-performed stallions from Victoria’s leading stud farms including three of the top 10 on the current money-winning sires’ list.

Services to the Danish-bred Peak and the champion North American sire Angus Hall have been offered for tender by Mountain View Stud, Ballarat. Peak, a Group 1 winner in both hemispheres, is now making an impact as a sire, while Angus Hall has produced the winners of more than $100 million worldwide and ranks as the damsire of this year’s Hambletonian winner Captain Corey.

Bacardi Lindy, nominated by Llowalong Farms, Kyabram, has sired the winners of $5.2 million and has consistently been among the top bracket on the sires’ lists.

The colonial bred Down Under Muscles (Eldarin Park, Pyramid Hill) and the Swedish-bred Cardigan Boko (Goodtime Lodge, Colac) complete the stallion lineup. Both were multiple Group winners with Down Under Muscles ranking as the sire of the 2017 Australian Trotter of the Year Wobelee.

Bids must be at least 70 per cent of the advertised service fee.

The closing date for bidding is Monday, September 13.

Bids can be lodged with the Boort Trotting Club secretary Nicole Myles on phone 0429 321 652 or email boort@hrv.org.au or chairman John Campbell 0437 077 887 or email loddonvalleystud1@gmail.com