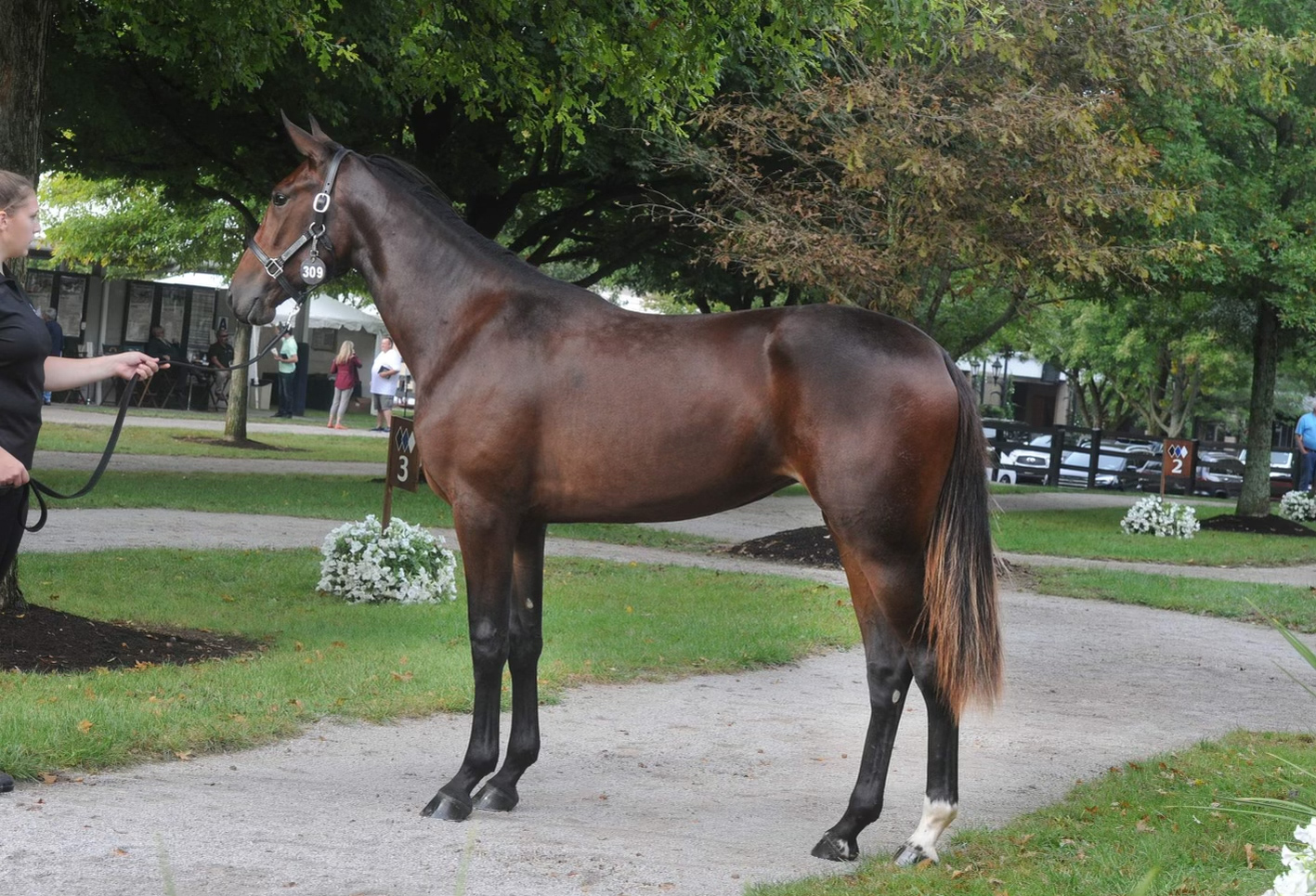 Melbourne businessman Duncan McPherson has shelled out $US95,000 for the trotting filly Burst at the second session of the Lexington Selected Yearling Sale last Wednesday.

The filly, who will be renamed Aldebaran Burst for her future racing career, is from the second crop of the siring sensation Walner (1:50.4), a world champion two-year-old and 2YO Trotter of the Year whose initial racing crop has taken American trotting by storm.

The filly, who was bred and raised by Diamond Creek Farm, Kentucky, of Adam Bowden, is out of Blue Diamonds (1:57.6), a winning daughter of the Hambletonian and World Trotting Derby winner Deweycheatumnhowe 1:50.8 ($3.1 million).

Angus Hall, Conway Hall, Andover Hall and Trixton are a lineup of top trotting sires from this family.

The filly is New Jersey and Kentucky Sire Stakes eligible as well as being staked for races such as the Hambletonian, Breeders Crown and the Zweig Memorial.

McPherson, the principal of Aldebaran Park stud in Australia, plans to race the filly in North America under the Aldebaran Park name as a two and three-year-old, where she will be trained by Jonas Czernyson and his Team JC Stable. She will spend the next few weeks at Diamond Creek Farm before heading to the Team JC training base in Florida, where she will be broken in and wintered there in the warmer climate.

Following her juvenile stakes racing, the ultimate plan is to then bring her to Australia and race her here – the same path as has been followed with the record-breaking four-year-old mare Aldebaran Revani USA Tr, 3, 1:54.4; 4, 1:52.7 (Donato Hanover USA–Coffeecake Hanover USA), who has won six of her seven Australian starts at Menangle to date for Luke and Belinda McCarthy.

“I am delighted to buy a filly by the hottest young sire in America today from one of the best families in the North American stud book,” McPherson said.

“The filly is by a sire that has never been available to down under breeders. It is all part of the pursuit of bringing genetics to Australia and the Southern Hemisphere not available in this part of the world and in line with our vision of internationalisation and globalisation of the sport.”

There is no doubt that the introduction of such genetics will benefit all breeders in both Australia and New Zealand and we look forward to her gracing the racetracks here as a four-year-old.