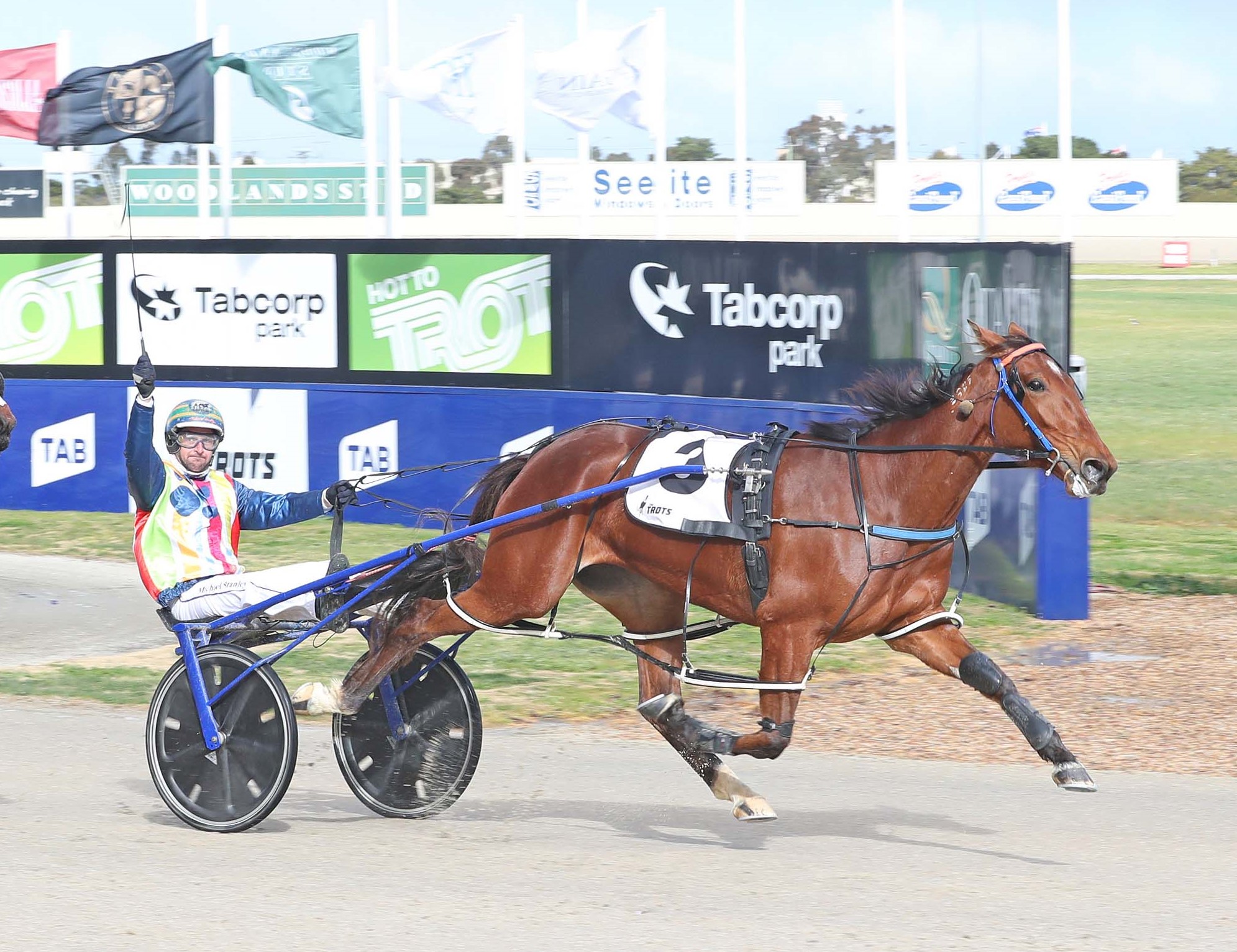 Close relations to a galaxy of Group 1 winners will go under the hammer at the 2021 Australian Pacing Gold Melbourne sale on Sunday, February 7

The sale has attracted 100 lots representing 37 individual vendors and will be held immediately after the Australasian Premier Trotting Sale at the Oaklands Junction auditorium.

Among the offering are a Bettor’s Delight half-sister to the brilliant but ill-fated Petacular (pictured), a winner of 19 of her 26 starts including the Vicbred Super Series and Breeders Crown, and the recent Vicbred heat and semi-final winner Idyllic, a Bettor’s Delight half-brother to the Little Brown Jug winner and world champion Big Bad John, and a Captaintreacherous half-brother to the fastest ever Australian bred pacer, Soho Burning Love (1:48.2) and Persimmon (1:49.8).

To order a catalogue or to view the catalogue online simply click on the respective links on the website www.apgold.com.au