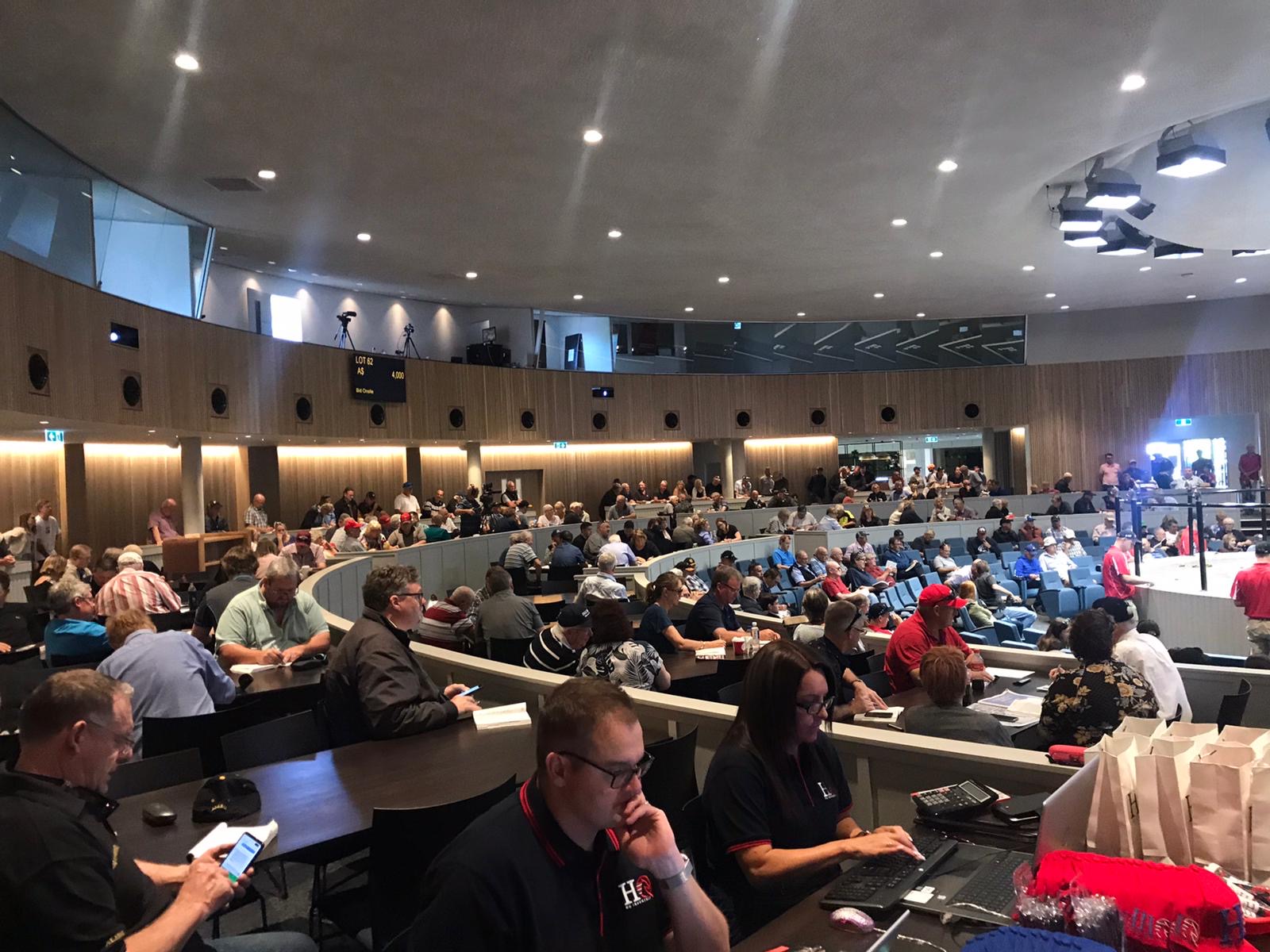 With 101 yearlings due to roll through the Oaklands Junction sale ring on Sunday, February 7, the odds of purchasing a potential topliner at the Australian Pacing Gold Melbourne sale have never been more in the favour of buyers.

The sale catalogue has listed 56 superbly bred colts and 45 fillies for auction, all eligible to contest APG’s Melbourne Gold Bullion Series carrying around $600,000 of local prizemoney.

APG’s General Manager, David Boydell, enthused, “the simple fact is that the risk to reward ratio for buyers has never been better with the 56 colts and 45 fillies eligible for APG’s Melbourne $150,000 2YO finals and $100,000 3YO finals, featuring separate divisions for each sex".

“The odds of finding a horse capable of filling one of the 40 places in the finals are outstanding, and most buyers would like to think that they can shorten the odds even further based on their own methods of ranking the horses based on pedigree and conformation.

“Realistically, I’d expect buyers will be approaching APG’s 2021 Melbourne Sale with an enormous feeling of confidence that they will be coming home with a purchase capable of lining up in at least one of APG’s Group One Melbourne Gold Bullion Finals”.

In addition to the $600,000 or so of local APG prizemoney, the majority of the yearlings are also paid up for the rich Breeders Crown, Vicbred and Vicbred Platinum series for two, three and four-year-olds, while 37 are eligible for the Bathurst Gold Crown, five for Tasbred, three for the NSW Breeders Challenge and one for Westbred.

And, with the plethora of age classics being conducted around Australia, graduates of the 2021 APG Melbourne sale will have far greater earning potential than ever before.

Graduates of recent Melbourne sales include recent Breeders Crown champions Maajida and Be Happy Mach the Vicbred winner Pacifico Dream, as well as recent Australian Horse of the Year winners in their respective categories, Centenario, Lumineer, Nostra Villa, Shez All Rock and Smolda.

To order a sale catalogue or to view the catalogue online simply click on the respective links on the website www.apgold.com.au