Each month we are giving a profile to the breeding of a member-bred horse who has claimed their $7000 Vicbred First Win Bonus.

Our Wednesday Winner for March is Firengrace, bred by members Dean and Blanche Poole of Rhiannon Park.

With her career starting with third, fourth and second placings, it’s no surprise that Firengrace broke her maiden at just start number four, claiming her $7000 Vicbred first win bonus in the first division of the Aldebaran Park Vicbred Platinum Maiden Trot at Kilmore on the last day of March (video below).

One of Majestic Son’s 76 winners already for season 2022, the mare took her victory by an emphatic 10.7 metres after promising runs since her March 2 debut. It took only a month to find the winner’s stall, but that's no surprise given this girl’s breeding.

Dam Zesta (SJ’s Photo, $143,000) was a trotting machine and, despite her size, dominated Victorian square gaited ranks at the turn of the century, including beating the boys in the 2002 Victorian Trotters Derby after claiming the Group 1 Victorian Trotters Oaks. From her 17 starts, she chalked up 13 wins and was only out of the money once.

As a broodmare sire, SJ’s Photo (Photomaker) still features on the 2022 Top 20 list, coming in at eighth with his daughter's progeny banking $119,000 so far – ahead of Pine Chip, Lindy Lane and Muscles Yankee.

Firengrace was Zesta’s last foal, the mighty mouse now deceased, but her legacy is impressive – eight live foals, all named, seven to race now with all seven recording wins, including Oceania (CR Commando) with $76,000 and Alex The Great (Great Success) with $33,000.

From winning racemare and prolific broodmare Styx (RC’s Dee Jay), Zesta is one of several successful siblings on both the track and in the breeding barn. Her brother River Red (Yentls Image) banked $167,000, her sister Nica Macdonon (Eilean Donon) $131,000 and younger sister Senita (Super Arnie) is the dam of Senita’s Success (Great Success, $118,000) and Senita’s Strength (Muscle Mass, $67,000), who took her latest win in January. 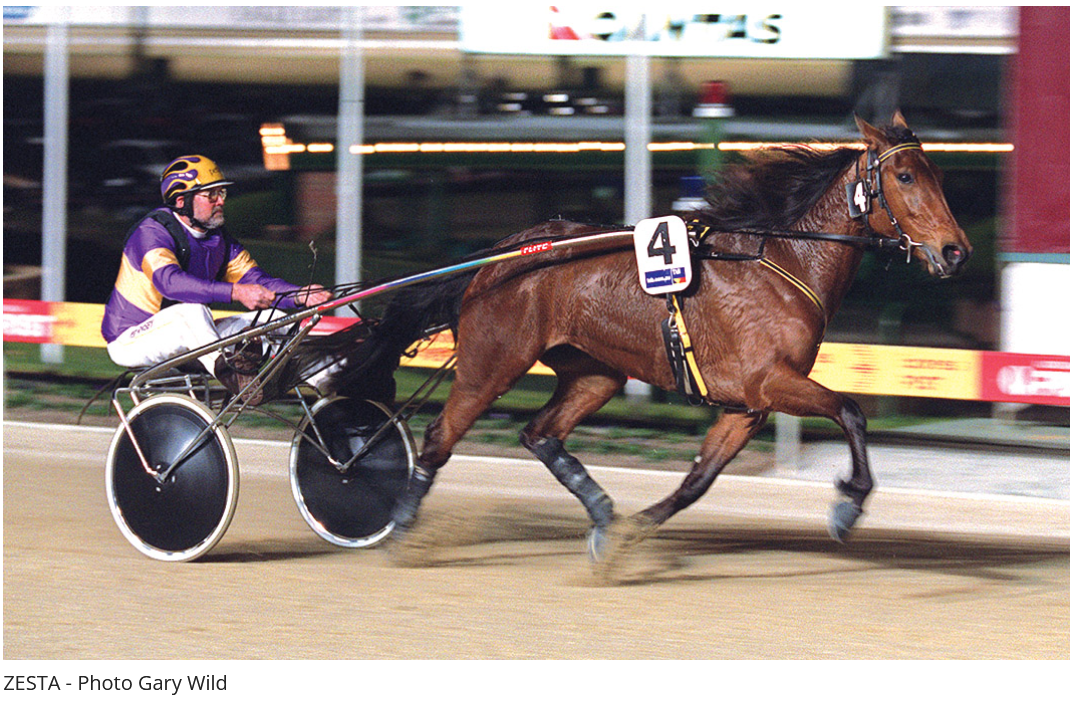 Another of Senita’s progeny is Bitta Irish Luck (Father Patrick), who also claimed her $7000 first win bonus in March with a three-year-old win at Bendigo.

Firengrace has very few in crosses – there is a 4 x 5 x 5 to Speedy Crown through Majestic Son, and a 5 x 5 to Super Bowl through her damsire SJ’s Photo and granddam sire, RC’s Dee Jay.

Indeed there are no duplications in the first four generations of her pedigree. She misses the third cross to Super Bowl that Rules Don’t Apply gets through Muscle Mass and her brother Oceano gets through CR Commando. These two also have a line of Arnie Almahust, which Firengrace misses with Majestic Son. She does, however, get the unique Texas and Garland Lobell lines.

This might be the key, however, progeny by Majestic Son from SJ’s Photo mares have the highest average earnings of any other sire cross (with at least 10 starters) at $60,718. All but one of the 13 starters from this Majestic Son x SJ’s Photo mare match have recorded a win and their earnings equal $789,000 headed by Majestic Ess Jay (from Steffi Jay, dam of four runners all $100,000+ winners).

For total stakes earnt and winners, the SJ’s Photo mare x Majestic Son combination is second only to the sire over Sundon mares (with 37 starters v 13).

While Firengrace will hopefully be some way off the breeding barn, it will be interesting to watch the career of a mating between her winning full sister, Stealth, and Haras des Trotteurs’ Volstead, which resulted in a December filly last year. She is one of just eight Volstead foals from Majestic Son mares on the ground with his oldest crop due at the races in 2023.

As a broodmare sire, Majestic Son has had just the 17 starters but from these, 14 are winners including four by Haras sire, Love You and two by Aldebaran Park’s Skyvalley. GR1 winner Kyvalley Finn (from Majestic Son mare, Kyvalley Paris) has banked $227,000 while recent back-to-back winner Kyvalleyhoneybunny looks like she has plenty of improvement on her current $38,000. Skyvalley and Volstead share lines to Valley Victory and Speedy Crown.