A champion retires and a new star is born 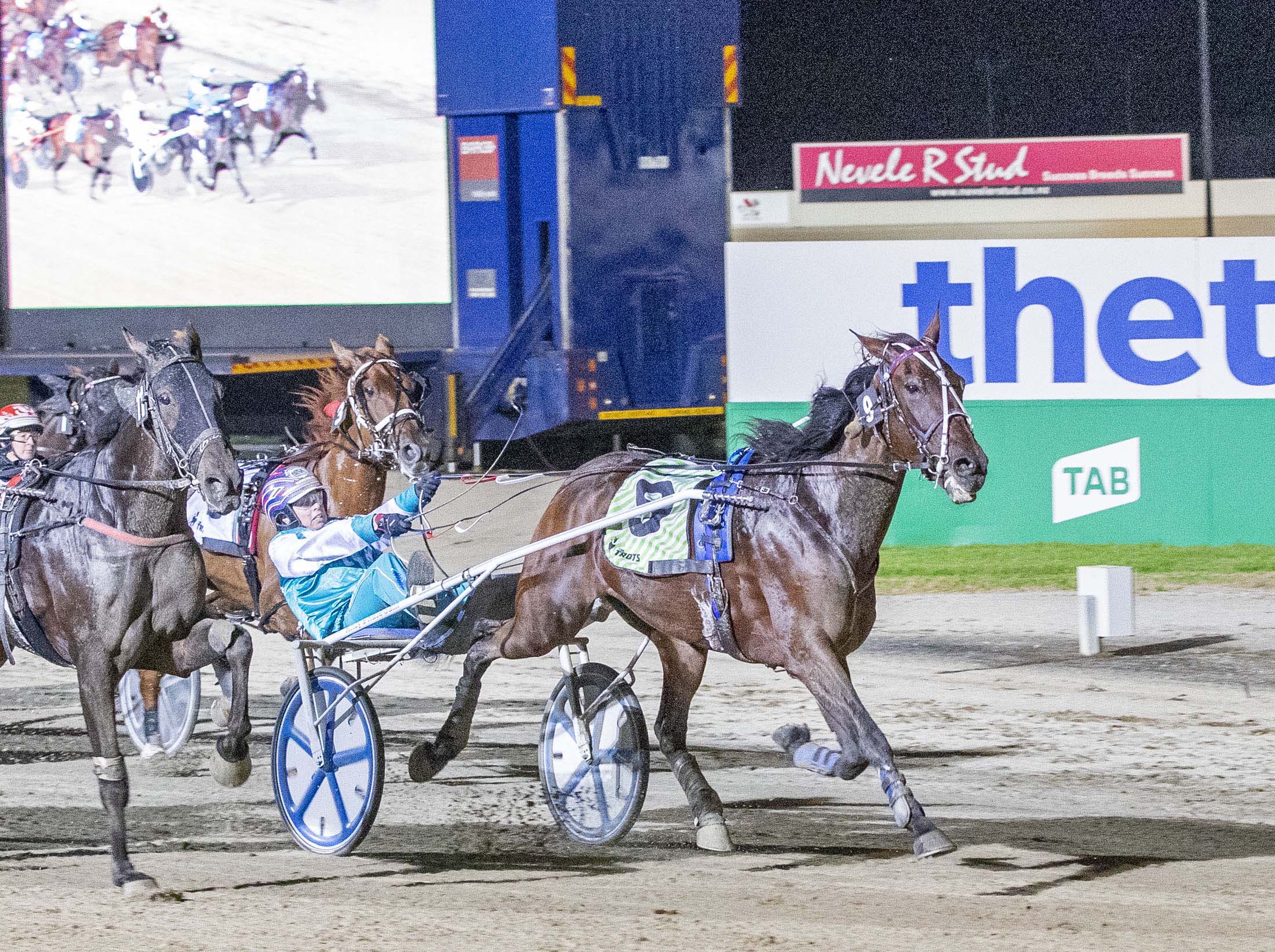 The month of March marked the retirement of Australia’s pre-eminent trotter Tornado Valley and the arrival of a new Group 1 star in Mumpaysthebills.

Tornado Valley, the greatest stake earning son of Aldebaran Park resident sire Skyvalley and the ninth richest Australasian-bred trotter of all-time, bowed out after finishing third at Melton on February 26.

His major successes were the 2018 Inter Dominion Grand Final and the 2020 and 2021 Great Southern Star finals, all at Melton.

Mumpaysthebills, a three-year-old filly by Skyvalley, took full advantage of a sweet trip to down a smart field in the Group 1 $50,000 Aldebaran Park Vicbred Platinum Homegrown Classic at Melton. Out of a Yankee Paco mare, the filly was bred and is raced by Brad, David and Barclay Barnes. It was her second success in seven starts.

Other recent Skyvalley winners have been Scenic Sky (T 1:58.2, 17 wins, $162,430) at Menangle, Kyvalleyhoneybunny at Bendigo and the Aldebaran Park bred Aldebaran Sundown (ex Aldebaran Sunset), who overcame a 20-metre handicap at Pinjarra in Western Australia.

Rain Mist And Muscle, owned by Aldebaran Park and trained by Michelle Wallis and Bernie Hackett, was named the New Zealand 4YO Trotting Mare of the Year for 2021. During the season the mare notched up five wins and six placings in 32 starts for $68,878 in stakes.

Meanwhile, Classy Spirit, a mare by Eilean Donon, who’s semen was available at Aldebaran Park over many seasons, chalked up her sixth success at Melton.

For more visit www.aldebaranpark.com. We are “Hot to Trot” at Aldebaran Park.